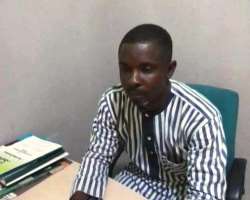 In a chat with our correspodent, the NPC state chairman called on the state governor to desist from using the lives of the 'commoners' to play mere politics.

He claimed that road projects declared by the state governor only existed on the pages of the newspapers, insisting that he went round personally for on the spot accessement of those projects.

"I have moved around to do my findings as a Deltan , mostly the roads in Asaba and environs and ,SUBEB projects around the state which were repeatedly mentioned are not visible", he alleged.

"All political parties are stakeholders in the state, they should move around the state and monitor government projects to verify the sincerity of the government and their projects they claimed to build all over the places in the state and find out if they are on ground or just on the pages of newspaper and television.

"As a stakeholder in the state, I have gone through the governor's "prosperity for all Deltans" in his SMART scorecard in the first tenure, most of the outlined projects which were repeatedly mentioned are not true", he alleged.

While noting that it was impossible for the governor to be everywhere, he charged appointees to always tell the governor the truth about projects instead of fielding him with lies

Hear him: "the governor cannot be everywhere in the state that is why his appointees should be fair and sincere with him by telling the truth of what is on ground because he only knew the projects he commissioned , most of these renovations of schools, supplies of school desk and boards are being carried out on pages of papers to score themselves high just for their personal interest and selfish purpose.

"some constructed few roads under this admistration are beginning to fade out due to low quality jobs and unqualified contractors who don't have manpower to carry out the job but the state government still find them worthy to do the jobs because of political patronage and most of these jobs are being handled by those in power and their relatives" he further alleged.

The NPC chairman who was the party's governorship candidate for the 2019 guber race, called on the state government to stop playing politics with the lives of the commoners on the street.

He also tasked political parties in the state to brace up to expectations in monitoring the activities of the government instead of fighting themselves for government appointment.

"the government of the day owe us explanation and accountability on how the government is being run day by day because it is the people who voted for them. Let not be decieved of the promises of partnering and running inclusive government, what we have today both state and federal governments is the winner takes it all syndrome.

"All political parties should work hard in building their platform to come in to power to save our democracy", he added.

But while briefing journalists Tuesday 8 October 2019, Okowa said projects embarked on by his administration are of quality.

He insisted that the 2020 budget would complete all ongoing projects or bring them reasonable level of completion.

On desks for school children, our correspodent who was at the ministry reports that samples of school desks were seen for onwards preparation and delivery to schools.