UNILAG Suspends Another Lecturer As Sex-For-Grades Rages On 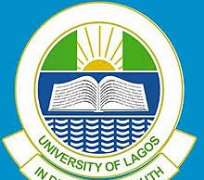 The University of Lagos (UNILAG) has suspended a second lecturer, Dr. Samuel Oladipo of the Department of Economics, Faculty of Social Sciences, after he was also indicted in a sexual harassment documentary produced by the British Broadcasting Corporation (BBC).

The BBC had produced a documentary exposing four lecturers, two from UNILAG and two from the University of Ghana, Legon, for allegedly harassing undercover reporters, who posed as female students and admission seekers looking for help.

UNILAG management, at an emergency meeting on Monday, suspended the first lecturer exposed in the documentary, Dr. Boniface Igbeneghu of the Department of European Languages and Integrated Studies, Faculty of Arts.

The Principal Assistant Registrar, Communication Unit of the university, Taiwo Oloyede, disclosed that the second lecturer in the documentary, Oladipupo, was suspended on Tuesday.