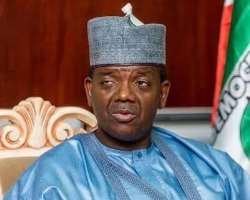 The leading civil Rights advocacy group – HUMAN RIGHTS WRITERS ASSOCIATION OF NIGERIA (HURIWA) has condemned the reported gruesome killings of nine soldiers by suspected armed bandits in Zamfara even as the group reasserts her total rejection of the negotiations by Northern governors with armed bandits in Zamfara, Katsina and Niger states.

HURIWA directly links the killings of soldiers by armed bandits to the atmosphere of illegality, anarchy and impunity created by the negotiations and decision to grant amnesty to armed mass killers by some Northern state governors. The group said it was absolutely wrong to permit a situation whereby armed freelance hoodlums are treated like sacred cows which has now snowballed into the mindless slaughter of our armed soldiers trained professionally with huge public and tax payers’ fund. The Rights group said the killings must never be swept under the carpet.

Describing the negotiations and granting of amnesty to armed bandits as an affront to the Nigerian constitution, the Rights group absolutely condemns the killing of soldiers by armed bandits even as the Rights group has tasked the Zamfara state governor and federal government to arrest, prosecute and punish the killers of the soldiers.

“Negotiating with criminals under any guise by state governors is tantamount to defecating openly on top of the Nigerian constitution and the fact that the cocktails of coordinated mass killings by armed bandits in parts of Zamfara state and other northern states have continued unabated shows that it is foolhardy for elected officials to fail to enforce relevant laws against terrorism and mass murders. HUMAN RIGHTS WRITERS ASSOCIATION OF NIGERIA hereby calls on Nigerians of goodwill to speak up in rejection of the institutionalization of impunity and official recklessness exhibited in the ongoing negotiations with armed bandits by northern governors".

"We demand that the Zamfara state government be compelled to pay #100 million compensation each to all the soldiers killed by armed bandits in Zamfara state.”

HURIWA recalled that armed bandits killed nine soldiers in an attack last weekend in an area of northwest Nigeria reportedly wracked by cattle rustling and kidnappings.

HURIWA citing available reports stated that dozens of gunmen on motorcycles last weekend stormed a military post in the remote village of Sunke in Zamfara state and opened fire, the sources said maintaining that "We lost nine soldiers,” a senior military officer in the state capital Gusau, told AFP.

HURIWA recalled that residents said the bandits attacked the troops to avenge the killing of their comrades after the military raided their camps in a nearby forest. The incident happened despite an existing truce between the gangs and the regional government, they said even as Sunke, which lies 140 kilometers (85 miles) from the regional capital Gusau, is a notorious enclave for armed gangs who are camped out in the surrounding forest.

Relatedly, HUMAN RIGHTS WRITERS ASSOCIATION OF NIGERIA (HURIWA) has thrown its weight behind the just launched nationwide military exercises by the Nigerian Army just as the Rights group urged Nigerians to support the Nigerian Army to battle the upsurge in terrorism and criminality and by the same token, the Rights group has urged the military hierarchy to adhere strictly to human rights provisions as enshrined in chapter four of the Nigerian constitution.

“We are hopeful that the chief of Army staff lieutenant General Tukur Yusuf Buratai who has clearly demonstrated his disdain for violations of human rights will ensure the respect of the human rights of Nigerians.”