By Nigerians Unite Against Terror (NUAT) 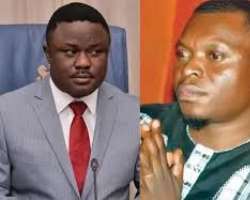 The Nigerians Against Terror (NUAT), is convinced of the principles of freedom of information, confidentiality of one’s source of information in investigative journalism, truth, liberty, respect for the human rights of all and rule of law as the ingredients of a peaceful and progressive nation.

This is necessary for our subsisting democracy to be at par on the pedestal on fairness, equity and justice in the comity of nations.

Gross violation of the rule of law, citizens’ right to freedom of information, liberty and fundamental human rights, is a recipe for anarchy and breakdown of law and order.

NUAT is appalled against this background to see a conscientious Citizen ,Agba Jalingo ,being handcuffed like a common criminal while being paraded before the media as he was brought to the court by Rivers State government.

We wish to state that such cruel treatment of Comrade Jalingo is a conspicuous affront on human dignity in any civilised clime.

We therefore demand a halt to the orchestrated charade that has flowed so far from the trump- up charges against Jalingo as we demand for justice.

An accused person is presumed innocent under our law until proven otherwise by a court of competent jurisdiction.

Mr Jalingo should not be treated as a criminal when he has not been found guilty of any offence.