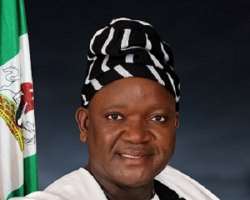 An Executive Summary Of Letter To Benue Gov

Onitsha, Eastern Nigeria: 4th October 2019-Our organization, the Int’l Society for Civil Liberties & Rule of Law, INTERSOCIETY, has written to the duo of Gov Samuel Ortom of Benue State in North-central Nigeria and the State Commissioner of Police, Mr. Garba Mukaddas concerning widespread and coordinated attacks and threats of annihilation against the resident and ancestral Igbo Populations in the State.

The letter, since dispatched to the duo, was dated 2ndOctober 2019 and signed by Lawyers Obianuju Igboeli, Head of Civil Liberties & Rule of Law, Chinwe Umeche, Head of Democracy & Good Governance and Chidimma Udegbunam, Head of Campaign & Publicity; and Emeka Umeagbalasi (a Criminologist & Graduate of Security Studies), Board Chair of Intersociety. The letter was copied to the Sec Gen of Amnesty Int’l, UK and the group’s Country Director in Nigeria as well as the Executive Director of Human Rights Watch, USA.

The ancestral Igbo Communities facing acute Government neglect and threats of annihilation in the hands of Jihadist Fulani Herdsmen and their splinter “bandits” in Benue State are majorly found settled in Ado, Oju, Obi and Okpoku Local Government Areas of the State while the resident Igbo population under coordinated ‘indigenized’ attacks including abduction-for-ransom and other sundry extortions at gunpoint; armed robbery, torture and killing in captivity or threats of same are largely found in Gboko, Adikpo-Kwande, Ukum, Zaki-Biam and Katsina-Ala Local Government Areas of the State.

The two sets of Igbo Population are facing ‘indigenized’ violent attacks (i.e. armed robbery and abduction-for-ransom perpetrated by ‘local gangs’, notorious political thugs and other criminal elements of the State origin) and ethno-religious violent attacks (perpetrated by invading Jihadist Fulani Herdsmen and their sister “bandits” or ‘business kidnapping variant of the terror Fulani Herdsmen’). The third form of the attacks is the structural violence or acute Government neglect including communal under-development, insecurity of lives and properties, political segregation and exclusion, etc.

As publicly disclosed recently, the situation is so dire that in the past 30 months or between Feb 2017 and August 2019, no fewer than 50 Igbo citizens in the State were abducted for ransom and ethno-religious purposes. Among the abductees, scores have been killed or abducted without traces till date. This is even after huge ransoms involving millions of naira for each victim were paid. From available independent records, not less than N277m ($900,000) had been paid by the kidnap victims as ransoms from Feb 2017 till date in freeing at least, 48 kidnap victims.

The leaders of the two Igbo Populations had further disclosed that the kidnap-for-ransom and targeted armed robbery are majorly perpetrated by the indigenes of Benue State including notorious political thugs, local gangs and other criminal elements who double as kidnappers. As a matter of fact, the two sets of defenseless Igbo Population are presently facing serious of threats of annihilation and total ruination of their legitimate businesses, to the extent that scores have already fled and left the State or relocated to friendly business environments within and outside the country. Others have also gone missing till date.

In the case of targeted killings, abductions and communal displacement including land seizure and confiscation and attacks on farmlands and sacred places of worship (i.e. churches), the invading Jihadist Fulani Herdsmen and their sister ‘bandits’ are strongly fingered or accused. Authorities of the Government of Benue State, the Federal Government and the aforementioned Local Government Areas located in the ancestral Igbo areas are further accused of acute neglect of the ancestral Igbo communities. The neglect includes lack of access roads, safe drinking water, good health, educational and electricity facilities as well as political exclusion and insecurity of life and property. Members of the ancestral Igbo Population are also discriminated against on the grounds of language, tribe and religion.

The concerned Igbo People in Benue State (Igbo Union in Benue) had on 2ndSept 2019 cried out through the trio of Mr. Okafor Nnolim, Mr. Ndukaku and Mr. Ikem Ani during which they alleged ‘abduction of not less than 50 persons in the State since Feb 2017”. Again, on 30th Sept 2019, a follow-up press briefing was held by the leadership of Igbo Union in the State, disclosing further that ‘three prominent Igbo citizens in the State and not less than N277m had been lost to kidnappers’. The leadership through their Public Relations Officer further said that the N277m was spent in freeing 48 kidnapped Igbo business men and women.

While giving a breakdown of huge financial losses so far incurred by the Igbo communities in Benue State especially in Gboko, Adikpo-Kwande, Ukum, Zaki-Biam and Katsina-Ala LGAs of the State, Mr. Ezeadi, the Benue Igbo Union PRO noted that since February 2017 till date, there have been 48 recorded cases of abduction of Igbo business men and women across the aforementioned LGAs with a total ransom of over N277million paid out to these abductors and that some of the victims were murdered even after the demanded ransom had been paid.

By the account of then President of Benue Igbo Development Union, Nweke Cedrick Ifeanyi in an interview with the Nation Newspaper of 10th April 2014 (Agony of Igbos In Benue State), “the Igbos in Benue State particularly those in Ado, Oju, Obi and Okpoku LGAs of the State (settler Igbo communities) were in existence before the advent of Christian religion in Nigeria, but today suffer total neglect and abandonment by the Government of Benue State. Owing to this, the Federal Government should set up machinery immediately to return them to their kith and kin in the Southeast, particularly Ebonyi State, which is the closest State”.According to him, “the Igbo (settler Igbo communities) found in Benue are: Umuezeokoha, Umuezeoka and Oriuzor (offshoots of Nri), as well as Umuoghara, Amaekka and Amaezekwe who are originally of Ezza, Izzi, Ezzamgbo and Effium Clans in Ebonyi State. These are the people who would have been in present-day Ebonyi State but due to the fact that the Nigerian government then carved us into Benue in order to use our population to suppress our Eastern population. If you are to calculate the number of Igbo-speaking villages in Benue State, you find out that we are more than 600 villages because three of the biggest markets in our area are all in the Igbo-speaking part”. The three Igbo markets are: Inikiri Ichari, Iddah, Iduokpe, ….”

H.E., Gov Samuel Ortom was prayed in the letter to:

· Practically disassociate the Government of Benue State and its machineries from the ‘indigenized’ abductions, killings, torture and extortion of the Igbo citizens in the State

· Go after the perpetrators with full weight of the law and avoid aiding and abetting vicariously, if any, of the criminal activities and other atrocities of the so called “local gangs” and “political thugs” and others who may most likely be perpetrating the criminalities using the cover of Government or as leading or ruling political parties.

· Capture the ancestral Igbo communities in the State’s special security and safety arrangements or policies as captured in the Benue State Anti Open Grazing Law, among others

· Ensure inclusion of the ancestral Igbo Communities in the State’s socio-political arrangement or alternatively liaise with the Govs of Ebonyi and Enugu States so as to meet the National Boundary Commission for purpose of returning them to their original home lands and Local Government Areas in Enugu and Ebonyi States.

· Order for coroners’ inquest into the recently unearthed bodies from the mass graves and ensure more searches for possible discovery of others for purpose of ascertaining how, where and when they were slain and who killed them and who they are.

· Set up a Judicial Commission of Enquiry into the kidnap of not less than 50 Igbo citizens particularly leading business men and women in the State as well as the loss of over N277m paid as ransoms.

· The consequences of leaving the above mentioned criminalities and associated atrocities unaddressed are dangerous and far-reaching including ruination of the economy of Benue State, victim-citizens’ reprisal radicalization and earning the State local, regional, national and international investment pariah status.