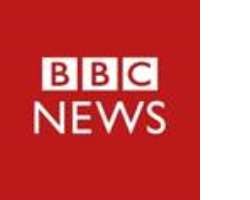 A new trainee scheme for journalists with disabilities in Kenya – Aim High – will be announced today by BBC Director-General Tony Hall.

The scheme is coming after development initiatives to train the next generation of African journalists and producers to world class standards.

Tony Hall, who is visiting the BBC bureau in Kenya, says the new initiative will offer three-month placements to three aspiring journalists with disabilities, starting from next April (2020). During the placement, they will spend their time at the Nairobi bureau working with news teams in different African languages and working on television programmes as well as digital production.

The placements will be open to anyone with a disability, hidden or visible, who is interested or experienced in journalism.

Tony Hall says:
“The BBC has a long-standing commitment to Africa and telling African stories, reaching more than 100 million people every week. We want to develop independent journalism on the continent, and to support those whose voices often don’t get heard. We know it’s hard for people with disabilities to get opportunities in journalism.

“Aim High will give aspiring journalists with disabilities hands on experience, bespoke training and mentoring, and I urge people to apply.”

Further details of how to apply will be announced shortly.

Tony Hall is in Kenya to celebrate the BBC’s success in Africa. The broadcaster operates in 13 languages across the continent and has launched more than 20 new television programmes over the last 18 months, from sport to business to the award-winning investigative programme Africa Eye. The BBC’s bureau in Nairobi is now its biggest outside the UK.

Tony Hall will announce the launch of BBC’s first co-production in Kenya. Kenya Connects, produced in partnership with KTN, is a current affairs programme aimed at young people.

He will also celebrate the winner of the Komla Dumor award, announced earlier this week. Solomon Serwanjja, from Uganda, will spend time at the BBC HQ in London before producing a special report on a subject of his choice from Africa.