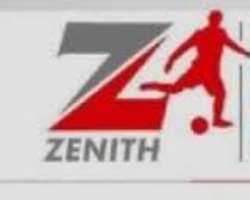 The 2019/2020 kick-off ceremony of the Zenith Bank Delta Principal's Cup between Isioma Onyeobi College versus Niger Mixed Secondary School was welcomed with great ovation as the former beats the later to a 6-5 to come as the winner in the opening ceremony.

The football match which was played at the popular Saint Patrick's College (SPC), Monday was well attended by participating schools.

The first half ended with Isioma Onyeobi College scoring 1 before Niger Mixed Secondary School came with equalizer in the second half.

The full time ended draw before it entered into penalty where Isioma Onyeobi College won their counterpart in the penalty 5-4 making it a total of 6-5.

He disclosed that the game is a partnership with Zenith Bank that the state would keep deeply, stressing that the standard has been impressive "over and above what we had last year", hoping that the players would one day future in the Super Eagles.

Also, the Commissioner for Basic and Secondary Education, Chief Patrick Ukah, said the state has made sports compulsory in both private and public schools every Thursday and Inter-house sports annually.

The Regional Director, Zenith Bank, Mr. Lucky Ighade, said the bank is interested in sports, saying "we are setting the standard of Sports in the state.

He noted that the bank wants to ensure that the process of selecting the player is fair.