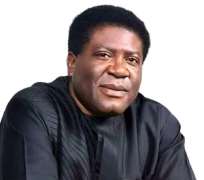 Prince Madumere extolled the present Government for its effort towards reducing the level of dependence of the country.

He noted that efforts so far made in the agricultural sector is encouraging, saying that it will open other areas of the economy rather than mono economy, that is very vulnerable.

He mentioned other areas of importance that are receiving attention. "I am happy for the effort being made by the President Buhari led government to make Nigeria truly independent. Considering the achievements in the agriculture, railway, transport generally, aviation and anti corruption crusade, I must say that we are not static."

He however noted with dismay the high level of disunity among tribes and ethnic groups in the country. He regretted the continued erosion of trust and spirit of brotherhood against the experience before independence by the heroes past.

He blamed politicians for the derailment being experienced in the polity. "For selfish reasons, politicians pull the string of hate, ethnocentrism and division in the polity. Some of them will even bring down the whole structure for self serving reason. If truly we are leaders, we should put the people first. We should seek a harmonious relationship among our people, otherwise we are paying mere lip service. You don't bring down a house because you are not on the saddle. There must be fairness."

Meanwhile, he warned that if the unity of the country continuous to suffer cracks, it will only keep the country back on the ground and stunted in growth and development.

He therefore called on politicians to come together and chart a new course founded on patriotism, fair play and equity.

He also called for national consciousness in resolving the issue of bitterness and hate among citizens because of their dire consequences in the national development.