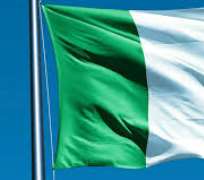 With pains gnawing my heart and agony quaking the very foundation of my being, I write this dirge of 59 years of nationhood marked by the most deficit and indifferent leadership. At independence, the country had a promise for the world and a beacon of hope for the black race. Nigeria was on the same pedestal with Brazil and India. But today Nigeria is the butt of international joke as one great paradox and tragedy. Here is a country blessed with human and natural resources but plagued with insensitive leadership who are more concerned with selfish acquisition of wealth for themselves, families, friends, cronies and armies of girlfriends.

This tragedy is likely to continue unless the leadership has a change of heart and the mode of leadership recruitment is changed. In the military dispensation, coup was the means of changing leadership and those who lost out were brutally executed according to military tradition. Those who were successfully embarked upon the most fascist form of government, disdaining human rights and treating the nation as a personal estate. As for their civilian counterparts, rigging of election is the norm and when in power receive the most outlandish salaries and allowances while the vast majority of my compatriots swim in the gutter of penury and want. It is in Nigeria that a senator will say that the millions of Naira received monthly is a peanut and has no apology for saying so. That is why despite the presence of crude oil, Nigeria is one of the biggest importers of refined petroleum products even from countries that do not have a drop of crude oil. The maintenance of the various refineries is a conduit pipe for siphoning our money into private hands. It staggers the imagination why the government cannot sell the old refineries and build new ones. The tragedy of indifferent and deficit leadership is self-inflicted because of the docile nature of our people.

The golden period of Nigerian leadership is from 1960 to 1966. Whatever arguments the military had in overthrowing the first democratic experience pales into nothingness against the backdrop of their reckless leadership that pauperized our people despite the abundant wealth. I will use my village as a case study. The distance between Ibrede and Ibadan is many miles yet Chief Obafemi Awolowo was able to establish a secondary modern school and a maternity in my village tucked in Isoko. Today the distance between Ibrede and Asaba is a few miles yet there is no government presence. Therefore the lie has proved that creation of states could bring government nearer to the people. I would rather see such exercise as creating more fat political toads whose ambition is to suck the resources of the nation.

It must be stated here that all is not woes for the nation at 59. However, a man at 59 should be matured enough to have a family and in some tribes of this country, already a grandfather. The picture of Nigeria following that metaphor is more of a man-child still sucking feeding- bottle via bad governance and importation of al manners of things including toothpicks. The drift of this piece is not just weeping but making the obvious facts that given the human and material resources, we ought to be in a better position to take care of the security and welfare of our people, which is the chief aim of governance.

The press which is supposed to hold the government accountable is also involved in this political transgression. True that the mass media can act as status conferral but a dangerous tradition is creeping in. Newspapers, radio and television stations are in the frenzied scramble of investing president, vice president, senators and governors as people of the year and in some cases, decades and centuries for doing absolutely nothing. Here in Delta State, an obscure publication named a state legislator as the best legislator in Africa. A cynical smile played on the face on getting that news. This is Nigeria where state governors who cannot pay salaries and pensions are called governors of the year. It is time for the press to embark on journey of introspection.

At 59, the patriotic elites should not be contented in standing on the sidelines and lambasting the leadership. They must enter the political arena and slug it with those holding down the destiny of the nation. The failure of such people will translate to continued raping of the nation by this band of indifferent and deficit leadership. Happy birthday, Nigeria.