Judiciary and the audacity of impunity 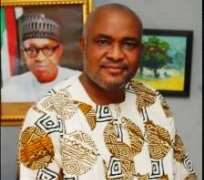 I watched with incredulity and shock as the current Nigeria’s Attorney General and minister of justice Alhaji Abubakar Malami was sweating to extricate himself from the journalistic firestorm of focus on Africa programme when he was interviewed inside the imposing central London office of the publicly owned British broadcasting corporation (BBC).

The reporter focused extensively on the regime of impunity and total disregard for constitutional order by the current Muhammadu Buhari’s administration just as the specific story of the ordeals of the well-known social activist Omoyele Sowere and the Cross Rivers based journalist Agba Jalingo dominated the interview during which time the Nigerian justice minister failed spectacularly to do justice to these straight forward posers.

For instance, the BBC reporter asked him why under a constitutional democracy should an activist be charged to court for ‘insulting’ the president and why the Calabar-based journalist Mr. Agba had to be clamped into federal run detention by the police and charged to court for treason for simply reporting alleged financial infraction in the Cross Rivers state’s governor’s office.

Malami also claimed that his office had only just framed the charges so the judge can on his own exercise his constitutional adjudicatory authority to uphold or dismiss the charges. He obviously disgraced himself and the administration he serves because the BBC exposed him to the world as being economical with the truth because as is clear, there are over two dozen Nigerians detained as against binding orders of courts of competent jurisdiction which ordered their release from the underground dungeon of the department of state services (DSS).

The list is growing by the day with refusal by DSS to respect the Federal High Court Abuja which had over 48 hours ago, ordered the immediate release of the activist and publisher of Sahara reporterts.com Mr. Omoyele Sowere.

The other notably citizens whose human rights are violated with impunity by the Nigerian government are the erstwhile National security adviser Colonel Sambo Dasuki (rtd.); Sheikh Ibraheem El-Zaczacky and his wife the leader of Islamic movement of Nigeria.

There are nearly 200 illegally detained members of the banned non-violent group – indigenous peoples of Biafra (IPOB) who had also lost over a thousand of their members to extralegal killings by security forces under the current government.

In effect, the appearance before the civilized world by Nigeria’s current justice minister to defend the indefensible was a horrifying ordeal.

However, we need to remind the judiciary that much of these disregards for court's orders were as a result of self-inflicted wound which those who foisted the current chief justice of Nigeria Tanko Muhammad unleashed on the Nigerian space and damaged the integrity and independence of the judiciary.

Sadly, a principal actor in the debasing of the judiciary who is a former president of the court of Appeal had once warned against those same disgraceful power play that played out leading to the orchestrated and choreographed coronation of Tanko Muhammad as the chief justice of Nigeria after the government and its recruits in the judiciary issued a night time ex parte order dismissing the immediate past chief justice of Nigeria Walter Onnoghen. The ethically challenged Chairman of Code of Conduct Tribunal who hails from same place with Tamko Muhammadu which is Bauchi, North Central state Mr Danladi Umar. Danladi In at himself has been charged for alleged N10 million bribery by the EFCC but he was apparently left off the hook so he can be deployed to carry out what to many Nigerians is a hatchet job for the current President against the properly constituted Judicial hierarchy headed by Justice Onnoghen forced into retirement after the hawks in the Presidency achieved their predetermined coup against the judiciary using judges as conduits and agents of destabilization.

Justice Umar Farouk Abdullahi it would seem cannot completely wash his hands off the regional political game played by the National judicial council which led to the dismemberment of the once cohesive independence of the judiciary just in a crude attempt by the Federal government under Muhammadu Buhari to foist a Northern moslem as Chief Justice of Nigeria amenable to his political scheming prior to the holding of a contested election in which the opposition People’s Democratic Party featured former vice president Atiku Abubakar believed to have the sympathy of the majority of votes in over 75% Southern Nigerian states which if they allowed the proper status quo to remain in the judiciary with the Cross Rivers' born jurist Onnoghen as head of judiciary could jeopardize the government’s post-election litigation which the All Progressives Congress expected from its close rival – People’s Democratic Party.

Retired jurist Abdullahi was brought back to head the National judicial council, a body which back stabbed the Christian chief justice Onnoghen to make Islamic law graduate and judge Tanko Muhammad as CJN.

In a particular paper he read at an all Nigerian judges conference in 2007 on judicial independence, Umar Farouk Abdullahi had warned thus: “The 1999 constitution of the Federal Republic of Nigeria has provided for three arms of government in this country. These three arms of government, namely, the Executive, the Legislature and the Judicature are assigned appropriate responsibilities for the smooth operation of the government. Each arm is supposed to work in harmony with the other, without necessarily interfering or overloading it on the other. This is where the problem lies. Can it be said in all honesty that the Nigerian Judiciary received a fair deal in relation to other arms of government in the discharge of its constitutional responsibilities. I thought not.”

“Ambitious Judges should control their ambitions and stop undermining the position of their respective Heads of Court in the interest of Judiciary. At the end of the day, they will also be losers. They stand the risks of being dumped after they were used.”

“The Judiciaries at all levels must work together and take a common stand to force State Chief Executives to respect the Constitution of the Federal Republic of Nigeria with regards to funding of the Judiciary. Enough is enough.”

“Heads of Courts are duty bound to work hard to create an amiable environment for Magistrates, Area/Customary/Sharia Judges and all supporting staff of the Judiciary to have a sense of belonging and be appreciated.”

You can now see that in 2007, Justice Abdullahi spoke so well about judicial integrity but in 2019, he headed the National Judicial council to decapitate the judiciary of the little respectability that it enjoyed from the people. Remember he is a kinsman and friend of the ultimate benegicuary of the sham trial of the then chief justice of Nigeria- Muhammadu Buhari.

The appointment through wrong means of the current head of Nigeria’s court system is the worst case scenario in our jurisprudence.

This self-inflicted ethical injury must first be self-corrected. Any pretenders deceiving Nigerians that there is any agenda of transformation of the judiciary to gain respectability, credibility and restore integrity are simply pretenders.

It does not look like the people who created the damage are ready to change but rather they are beginning to sound like a broken megaphone by charging other judges to be law abiding even when it was through impunity that they were thrown up, little wonder no one takes them serious, not even the characters in executive arm of government that instigated the recruitment of insiders to rubbish the judiciary. And as predicted by one of the actors in the demolition of judicial independence, the wrongly inaugurated judicial hierarchy are beginning to feel the heat.

So when I saw Tanko Muhammad threaten to deal with anyone flouting court order, I laughed off my head.

Perhaps, these characters who messed up the court system see the rest of us as idiots who have no shreds of any retentive memory or the rational capacity to dissect when they are playing to the gallery.

Here and now, the litmus test for Tanko Muhammad is to ensure that longstanding binding orders of the court system flouted by president Buhari are respected. Will he be able to exercise this authority given the polluted driveway that landed him in his current juicy office? I have my doubts.

So when Tanko Muhammad talks about financial autonomy, for the judiciary, he forgot to tell himself that the judiciary must heal itself of the self-inflicted ethical damage.

Remove the log that blocks your eyes before you can see the one obstructing the sight of your neighbor.