“Planned Action Against US Is Unwarranted, Misdirected” – Fidelity Bank 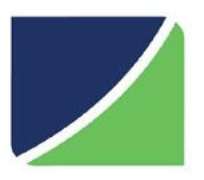 Fidelity Bank Plc has said that the planned disruption of service and social media attacks on the Bank are the handiwork of few outsourced staff on secondment who were recently recalled by their employers.

A statement by Charles Aigbe, Divisional Head, Brand and Communications of the Bank, said that the employers of these individuals, who were seconded to the Bank as Note Counters, “have confirmed to the Bank that their recall was conducted in line with their existing contracts and according to extant labour laws.”

He noted that their actions and intentions “are clearly unwarranted and misdirected,” stressing that their aim is to cast the Bank in bad light for no just cause.

Aigbe pointed out that Fidelity Bank is a responsible financial institution that is guided by the laws of the land, insisting that while it is not against the right to lawful assembly, the actions planned by the individuals have no basis.

He, therefore, urged the public “to disregard the falsehood and claims being circulated” by these people in the public domain.