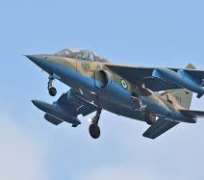 The NAF Air Task Force (ATF) of Operation Lafiya Dole has recorded another major success in its sustained air offensive against terrorists’ targets in the North eastern part of the country.

This was achieved Wednesday when Nigerian Air Force (NAF) aircraft, detailed by the Air Task Force of Operation Lafiya Dole bombarded a major Islamic State of West Africa Province (ISWAP) Logistics Base and Training Camp at Kusuma on the fringes of Lake Chad Basin region.

The NAF Spokesperson, Air Commodore Ibikunle Daramola who stated this in a statement issued on Thursday also said that the air strike was “executed after credible intelligence reports had established that a section of the settlement was serving as a training camp for the terrorists, while some buildings within the camp were being used to store their fuel, arms and ammunition as well as other logistics supplies.”

“The pre-attack surveillance showed scores of fighters attempting to flee the location upon hearing the sound of the attack aircraft".

“They were engaged by the attack aircraft in successive passes, neutralizing many of them. The terrorists’ logistics supply store, which was also hit, was seen engulfed in flames due to the raid", the Spokesman said.

He added that the NAF, which he said was operating in concert with ground forces, would “sustain its efforts to completely destroy all remnants of the terrorists in the Northeast."