The Global Climate Movement is Failing: Why? 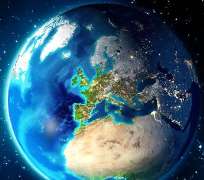 It has been satisfying to note the significant response to two recent climate campaigns: the actions, including the recent Global Climate Strike, initiated by school students inspired by Greta Thunberg and the climate actions organized by Extinction Rebellion.

While delighted that these campaigns have finally managed to mobilize significant numbers of people around the existential threat the climate catastrophe poses to life on Earth, I would like to briefly raise some issues for consideration by each of those involved in the climate movement as well as those considering involvement.

I do this because history provides clearcut and compelling lessons on how to make such movements have the impact we need and, so far, the climate movement is not doing several vital things if we are to indeed be successful. And I would like to be successful.

So here are five key issues that I would address as soon as possible.

1. Analyze the climate catastrophe within the context of the ongoing and broader environmental disaster that is currently taking place.

2. Analyze the climate catastrophe and environmental disaster to better understand the political, economic and social systems and structures, as well as the individual behaviours, that are driving them.

3. Based on these analyses, reorient the movement’s strategic focus: that is, who and what is the movement trying to change?

4. And then identify the nature of the behavioural changes we are asking of people and their organizations, and how these will be achieved.

5. In what timeframe?
Let me briefly elaborate why I believe these issues are so important.

1. Earth’s biosphere is under siege, not just the climate.

There is no point mobilizing action to halt ongoing destruction of the climate while paying insufficient attention to the vast range of other threats to key ecosystems that make life on Earth possible. I understand that most movements, whether concerned with peace, the environment or social justice, for example, tend to confine their concern to one issue. Unfortunately, however, we no longer have the luxury of doing that given the multifaceted existential threats to life on Earth.

The biosphere is under siege on many fronts with military violence, radioactive contamination (from nuclear weapons testing, nuclear waste from power plants including Fukushima and Chernobyl, depleted uranium weapons...), destruction of the rainforests and oceans, contamination and depletion of Earth’s fresh water supply, geoengineering, 5G and many other assaults inflicting ongoing and uncontained damage on Earth and its species. See, for example, ‘5G and the Wireless Revolution: When Progress Becomes a Death Sentence’.

This has critical implications for the strategic goals we set ourselves in our struggle to save not only the climate but the many vital ecosystems of Earth’s biosphere. In short, if we ‘save the climate’ but rainforests are destroyed or nuclear war takes place, then saving the climate will have been a pyrrhic victory.

2. Politicians are a ‘sideshow’ with negligible power.

Hence, it is a waste of time lobbying them to do such things as ‘declare a climate emergency’, ‘phase out all fossil fuel extraction and transform our economy to 100% renewable energy by 2030’, ‘recognize indigenous sovereignty’ and ‘implement a Green New Deal’.

The global elite, which is insane, is ‘running the show’, including the key political, economic, military and social structures and the bulk of the politicians we supposedly elect. This means that the global elite holds the levers of power over the world capitalist system, national military forces and the major international political and economic organizations such as the United Nations, the World Bank and the International Monetary Fund. For brief explanations of this, with references to many more elaborate accounts, see the section headed ‘How the World Works: A Brief History’ in ‘Why Activists Fail’, as well as ‘Exposing the Giants: The Global Power Elite’ and ‘The Global Elite is Insane Revisited’.

But separately from the role of the global elite in managing the major political, economic and social systems and structures in order to extract maximum corporate profit, individual behaviours, particularly the consumption patterns of people in industrialized countries, are also driving the destruction of Earth’s biosphere. Why? Because our parenting and teaching models are extraordinarily violent and leave the typical human living in an unconsciously terrified, self-hating and powerless state and addicted to using consumption as a key means to suppress awareness of how they feel. See ‘Love Denied: The Psychology of Materialism, Violence and War’ and ‘Do We Want School or Education?’ and, for more detail, ‘Why Violence?’ and ‘Fearless Psychology and Fearful Psychology: Principles and Practice’.

3 & 4. If we understand the above two points, we can reorient our efforts.

This means that instead of powerlessly lobbying politicians, we can change our strategic focus to maximize our strategic impact. So, on the one hand for example, we can tackle corporations profiting from the manufacture, sale and use of military weapons, the extraction and sale of fossil fuels or the manufacture and sale of the poison glyphosate (‘Roundup’), by designing and implementing thoughtful strategies of nonviolent action to end their manufacture and sale of these life-destroying products. For comprehensive guidance on campaigning strategically, see Nonviolent Campaign Strategy. For a list of the strategic goals necessary to effectively tackle the climate catastrophe or end war, for example, see ‘Strategic Aims’. And for a brief explanation of how to make a nonviolent action have maximum impact, see ‘Nonviolent Action: Why and How it Works’.

On the other hand, we can encourage responsible and systematic reductions of consumption in all key areas – water, household energy, transport fuels, metals, meat, paper and plastic – while dramatically expanding individual and community self-reliance in 16 areas in industrialized countries as outlined in ‘The Flame Tree Project to Save Life on Earth’. Or, more simply, we can encourage people to make the Earth Pledge (below).

Once enough people commit to one or the other of these two approaches (to substantially reduce consumption and increase local self-reliance), then three vital outcomes will be achieved:

1. it will progressively reduce resource extraction from, and pollution of, Earth’s biosphere,

2. it will functionally undermine capitalism and the ongoing industrialization process, and

3. it will remove the fundamental driver of the global elite’s perpetual war: our collective demand for the goods and services made available by the elite’s theft of resources from countries they invade and exploit on our behalf.

I am well aware of the captivating power of turning up in a shared space with a vast bunch of other people with whom we agree. Unfortunately, while it might be a lot of fun, it is usually a waste of time strategically. Even the largest worldwide mobilization in human history (against the imminent US-led war on Iraq) on 15 February 2003, in which 30,000,000 people participated in more than 600 cities around the world, was ineffective. See ‘Why Activists Fail’.

Of course, if you still want a large public action, then you need to make sure the gathering has strategic focus. For example, instead of using it to powerlessly beg politicians to fix things for us, make it an occasion where participants can publicly commit to taking powerful action themselves by signing the Earth Pledge.

The Earth Pledge
Out of love for the Earth and all of its creatures, and my respect for their needs, from this day onwards I pledge that:

1. I will listen deeply to children (see explanation below)

6. I will minimize the amount of fresh water I use, including by minimizing my ownership and use of electronic devices

9. I will not use banks, superannuation (pension) funds or insurance companies that provide any service to corporations involved in fossil fuels, nuclear power and/or weapons

10. I will not accept employment from, or invest in, any organization that supports or participates in the exploitation of fellow human beings or profits from killing and/or destruction of the biosphere

12. I will make the effort to learn a skill, such as food gardening or sewing, that makes me more self-reliant

13. I will gently encourage my family and friends to consider signing this pledge.

To reiterate: It is delusional to believe that we can sustain the existing levels of consumption and preserve Earth’s biosphere. Because, in the end, it is our over-consumption that is driving the destruction. As an aside, this is also why the various Green New Deal proposals being put forward are misconceived: each of the versions that I have checked is essentially a wish-list of desirable changes ‘demanded’ of governments while missing the fundamental point that if people still want to fly, drive, eat meat and fish, or food that is poisoned, use electronic devices..., they are paying the elite to maintain existing structures of violence and exploitation, to continue killing people (to steal their resources) and to destroy the biosphere. And this, of course, means that we are directly complicit in the violence, exploitation and destruction. After all, why should the elite listen to our demands for change when we spend our money supporting their existing profit-maximizing, people-killing and biosphere-destroying behaviours?

If this all seems too challenging, then I invite you to consider doing the emotional healing necessary so that you can act powerfully in response to this crisis. See ‘Putting Feelings First’. If you want to help children to do so, consider making ‘My Promise to Children’ which will require capacity in ‘Nisteling: The Art of Deep Listening’.

5. The timeframe to which we are working is vital.

Given the ever-increasing body of evidence that suggests human extinction will occur by 2026, there is no point working to the elite-sponsored IPCC timeframe, designed to maximize corporate profits-as-usual for as long as possible. We do not have, for example, until 2030 to contain the temperature increase to 1.5 degrees celsius above the pre-industrial level or, say, mid-century to fully reign in carbon, methane and nitrous oxide emissions. We have nothing like this much time. Moreover, anyone paying attention to the state and ongoing destruction of the world’s rainforests and oceans, the ‘insect apocalypse’ and the accelerating rate of species extinctions (with one million species now under threat) should perceive this intuitively unless (unconsciously) terrified and hence delusional.

But for a fuller elaboration of the short timeframe we have left, if we take into account the synergistic psychological, sociological, political, economic, climate, ecological, military and nuclear considerations that each play a part in shaping this timeframe, see ‘Human Extinction by 2026? A Last Ditch Strategy to Fight for Human Survival’.

Conclusion
By now, of course, many people will be overwhelmed by what they have read above (if they got this far). So this is why those who feel able to grapple with the evidence presented are also the ones most likely to have the courage to join me in taking the action outlined and gently encouraging others in the movement to reconsider and reorient movement strategy too.

It also means that the climate movement and those with whom we must work, such as those in the labour, women’s, antiwar, indigenous rights and environment movements, have considerably more work to do if we are to achieve the outcomes we all want.

Unless enough of us are able to embrace the path outlined above, human extinction in the near term is inevitable because our efforts will be wasted on actions that cannot have the necessary impact given the full dimensions of the crisis.