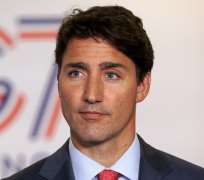 Justin Trudeau, the Prime Minister of Canada has been outed for hypocrisy. When he was in high school he wore costumes as a Black Face, then as a teacher, a Sheikh with Brown Face in Arabian costume. While it is common to dress up during Halloween in different costumes, these actions by Prime Minister Justin Trudeau, even as a youth was out of line and painful to many.

It is one thing to forgive, another to forget. Justin Trudeau comes from a privileged class as the French Canadian son of a grassroot fighter. Pierre his father, fought for the Union and later became the Prime Minister. He was accused of being a hypocrite during his time because he was born into a privileged class himself but vigorously fought for equal rights with the English, promoted bilingual and Multi-Culturalism.

When the Union blasted him as a sellout, he reminded them that during his time as Union Champion, they were fighting hard just to be recognized. He dared the Separatists in Quebec and won there as a Liberal Party Prime Minister. Rascal, he was. Racist, most of us would doubt it. Could his children get confused between rascality and racism? Many of us would doubt it.

How the son of this great man could become the image of a black face or turbaned as a jest may be looked at as that of spoilt brats that have never suffered. Privilege is very intoxicating and may make our children explore the unthinkable like drugs, get drunk, sex and yes, racial intolerance. The wondering here about Justin has to do with the age and time he delve into such racist behavior that would be condemned by those around him and that knew his father.

Pierre as Prime Minister, was generous to the poor and immigrants. Rascality does not merge with racism. If you have a father like Pierre Trudeau that once told some 600 former employees of a private contractor who had delivered the mail in Montreal picketing Parliament: "Mange de la merde." Eat shit. One might wonder. This was not what you would expect from a Prime Minister but Pierre was a rascal that did not mind pirouetting behind the Queen of England.

Look, even many children of core racists turned out to be very good citizen fighting against the racist culture of their parents. The problem here remains that Justin Trudeau did these racist display as a full grown man. He could not have been mad at those taking or competing for his privileges. So, we are baffled about what his problem was. Yes, the father said: what mattered most was to do justice in our own time.

Some people took that to mean, Pierre was not ready to blame others for past mistake or past racism. This writer must confess that while Justin was generous to women (half of his cabinet) and Sikhs, no African Canadian made his Cabinet the first time around which was contrary to his stand and that of his father. But he later made up for that. Indeed, it was not clear why his Cabinet had more Sikhs than that of India. We can now say he was trying to make up for his youthful misdirected exuberance on them.

After all is said and done, there is a greater focus here. Most of the people condemning Justin were really disappointed. But we have to be careful about hypocrites that will do anything to hound him out of politics when we know they are the worst racists. Not only that, these days racists are bold, audacious and unapologetic. Some of them use all types of reasons to justify their insidious actions. Yet, they cannot wait to call out the mistakes of our more liberal friends.

Senator Moynihan was a US Democrat champion of African American causes. Some on the Left, disagreed with his remark or his Report. He was immediately jumped on by Republicans. What they do not understand was why African American would tolerate differences with some of their friends that bear no ill-will or actually made no smear on Africans. People are not fools, we know our friends and even friends do have disagreements and differences sometimes.

Justin Trudeau may have stumbled. Nobody should sacrifice a good one. We can call him in and tell him our minds but never should minorities in Canada leave Justin, the son of Pierre Trudeau to the wolves. There are many cries around the country and around the world about the action of Justin Trudeau. Friends are disappointed, while foes are happy. They see an opportunity to deny him reelection without coming even coming close to his ideas and programs for Canadians.

Canadians must keep their Eyes On the Prize. Justin Trudeau remains their best option in this coming Election. It is too late for the Social Democrats to catch up and give the Conservative a good fight. Since this is a close Election if the polls are right, all Canadians including minorities offended must forgive Justin Trudeau but keep good eyes on him in view of this unexpected revelations during his younger days.

Justin comes from a good family that had fought for the common man regardless of the privilege they were born into. He has been able to show by his action despite some unenforced political errors on his part. Watch out very well for those using the latest embarrassment against him to clinch the positions they would not have gotten but for a few disappointments.

The best option would have been for him to resign as the leader of his Party if there is enough time. He could then contest again as the leader. If the Party and Canadians were comfortable enough, they could then reappoint him for the Election. It is too late now. This is not the time to take chances. We must keep our Eyes On The Prize.

It might remind some of us of how Canadians got fed up with Pierre Trudeau and Joe (Who?) Clark was elected as the Prime Minister then. It was not too long before he lost the following Election to Pierre Trudeau in less than six months. They called it Pierre Trudeau Rope A Dope!

Justin Trudeau must move on and emphasize his progressive ideas to the voters across the Country. The conservatives have mastered plans on how to distract voters from their inward and selfish agenda pretending they are fighting for the masses. When we know, as David Lewis explained to us eloquently in those days; that they goal is always to fatten the "Corporate Bums".