In Letter to VP Pence, APP Urges U.S. to Stand Up for Nigerian Christians

“We are calling on the State Department to follow the recommendation of USCIRF and classify Nigeria as a Country of Particular Concern.”
By American Principles Project 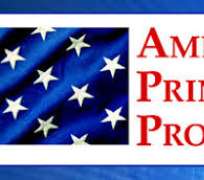 WASHINGTON – In a letter to Vice President Pence, American Principles Project and a number of other groups, including International Christian Concern, Capitol Allies, Frontiers of Freedom, Institute for Liberty, and Project 21 – Black Leadership Network, urged the U.S. Government to classify Nigeria as a Country of Particular Concern.

“Since the beginning of the Trump Administration, the United States has promoted the critical virtue of religious freedom both here at home and abroad. This letter is aimed at shedding light on the awful persecution of Christians taking place in Nigeria. We urge the State Department to follow the recommendation of the U.S. Commission on International Religious Freedom and classify Nigeria as a Country of Particular Concern.”

The authors of the letter have also urged the U.S. Government to work to secure the immediate release of Grace Taiga, an elderly, wrongfully imprisoned Nigerian woman who is being illegally detained in violation of global human rights. As the letter states:

“Mr. Vice President, the Trump Administration has been a leading advocate for people of faith across the globe. There is no greater calling that to protect those who cannot protect themselves: Nigeria’s Christians are asking for nothing more than an opportunity to worship God safely and free from harm. This freedom of the individual, along with the right to legal representation, and the right to live and worship free from harassment and intimidation, are fundamental to a true democracy. Those principles are also fundamental to keeping the Christian faith alive in countries such as Nigeria, where it is threatened by government oppression. We ask for your help to consider taking action against Nigerian Government officials who have violated U.S. laws, and for your help in securing the immediate release of Grace Taiga.”