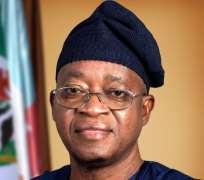 The Osun State House of Assembly has received the list of commissioner nominees forwarded by the state Governor, Mr Gboyega Oyetola today.

The media adviser to the Speaker of the House, Honorable Timothy Owoeye confirmed this in a chat with The Nigerian Voice.

The people of the state have been expecting the list in anticipation as most people believed that the Governor ought to have constituted his cabinet before now.

Oyetola who was sworn-in on November 27, 2018 nominated his commissioners designate over ten months of his administration.

The legislators are expected to speed up the screening of the commissioner nominees so that the State Executive Council would be constituted without further delay.