Cashless policy: CBN explains that transaction charges will be on amount in excess of set daily limits 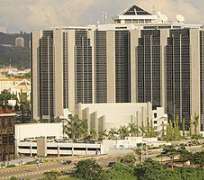 It appears Nigerians got it all wrong in thinking that the new transaction charges introduced by the Central Bank of Nigeria is on the bunch of money withdrawn that breached the set limits.

According to the apex bank, the charges would on the amointnin excess of the limits not the wholeamoint withdrawn.

The Director, Corporate Communication Department, Mr Isaac Okorafor, made the clarification in Abuja on Monday.

CBN, on September 17, issued a circular to deposit banks to commence the implementation of the cashless policy in six pilot states across the country.

The apex bank directed that implementation should commence from September 18 in Lagos, Ogun, Kano, Abia, Anambra, and Rivers States, as well as the Federal Capital Territory (FCT).

It, however, stated that the nationwide implementation of the cashless policy would take effect from March 31, 2020.

Okorafor explained that contrary to the misconception on the implementation of the policy, the charges would only be on the excess of N500,000 deposited or withdrawn for individual and N3 million for corporate body

He said the same applied to a withdrawal of same amount, adding that the three per cent charge would be on excess of the set limits.

He said that the same thing also applies to the corporate body also which five per cent on withdrawal and three per cent on lodgement of amounts above N3 million.

Many Nigerians welcome the development, noting that it would enhance transparency in financial dealings and reduce crimes such as ransom payment and extortion among others.

Others, however, described it as additional burden on banks' customers who were already laden with other charges by the banks.

CBN Governor Godwin Emefiele had also said, after the Monetary Policy Committee meeting on Friday in Abuja, that the policy was inaugurated in the country in 2012 and implementation began in 2014.

“The policy says if you deposit money in the bank above a particular threshold which for individual is N500,000 and N3 million for corporate bodies, then you will be charged, same for withdrawal.

He stated that the policy was not designed to de-franchise hard working Nigerians as perceived by some categories of people.

According to him, a data conducted revealed that close to 95 per cent of cash deposited and withdrawn fall below this threshold.

He added that Micro, Small and Medium Enterprises now had various options and channels available to collect a legitimate payment for goods and services, like POS, banks transfer using ATM, USD code among others.

He said that the cashless policy increases transparency in financial dealings and reduce crimes such as ransom payment and extortion among others.

The governor said the bank had the mandate under the CBN Act 2007 as amended to promote a sound and stable financial system through credible efficient payment system.