Letter to the Governors of South East, Rivers State & Delta State on Security in the Region 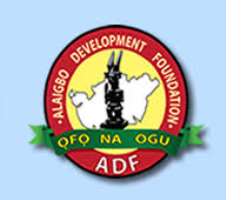 The Security Challenges of Alaigbo – Call for Realistic Measures to Address them.

The Alaigbo Development Foundation (ADF) would like to state that the greatest challenge facing Ndigbo today is that of The Security Of Their Lives, Ancestral Land And Their Civilization As A People.

ADF is aware that every genuine Igbo son and daughter is not only conscious of the Security Challenges facing Ndigbo today, but they are aware of the necessity to confront these challenges boldly and courageously. Without adequate Security there can be no Peace and Development in our land.

ADF is also aware that the State Governments in Alaigbo are conscious of the Security situation in Alaigbo, and we have read about their concern as well as efforts they are making to help secure the people and the territory they govern.

However, it is our belief that the issue of Security Of Alaigbo is The JointResponsibility Of The Government And The People of Alaigbo.

It is in this light that the Alaigbo Development Foundation (ADF), submits to you, the Governors in Alaigbo, this Brief Memorandum and hereby state as follows:-

1. The Governments and the people of Alaigbo must jointly take full responsibility and take their destiny into their hands as far as Security, Peace and Development of Alaigbo are concerned.

2. Under the existing conditions in the Federal Republic of Nigeria today, and given the failure and/or inability of the Federal Government of Nigeria to protect the people, the people of Alaigbo must take their destiny into their hands.

3. In the light of the above, we urge the State Governments in Alaigbo to ensure that -

i. The Town/Village Vigilantes in our various communities must be the foundation on which the protection of our communities is organised. Vigilantes are the primary primordial foundations of the security and peace of our people.

ii. We are aware that some Governments in Alaigbo had in the past for selfish political reasons discarded the Community Vigilantes and set up their own structures that merely promote the political interests of the governments and not that of the people. In many of such Communities, the course of Security, Peace and Development have been compromised and abandoned as a result of the unnecessary political party interferences in the genuine security structures established by the people.

iii. ADF has information that the management of Community Security through the agency of the local community Vigilantes in Anambra State provide a model that our present efforts can borrow from. This is the paradigm where the Communities themselves organized and operated the Vigilantes to promote their Community security, with the State Government providing the legal backing, assisting in the provision of security equipments and funds to support the community security initiative and apparatuses.

iv. Training of the local Vigilante and other local security formations. Most of our communities have retired army, police and other security personnel. Therefore, the training and management of the local vigilante security formations should be handled by these retired officers from the various communities. Consequently, the involvement of the Federal Directorate of State Security (DSS) in the organization and/or training of local security personnel in Alaigbo is most counter-productive and should not be allowed under any circumstance.

v. The State Government should not be involved in the selection of the Vigilantes, otherwise it will become an extension of party apparatus and hence become compromised as a means of settling and rewarding party loyalty. In that case, the spirit of vigilante as a structure and system of protection of the communities will be defeated.

vi. Finally, Sir, we wish to emphasize once more the point that, under the present circumstances, the protection of Alaigbo and her people should be a joint-responsibility of the people and the State Governments. Of course, the Local Governments do have a role to play in mediating between the State Governments and the local communities

IMPERATIVE MEASURES TO SECURE ALAIGBO.
1. The State Governors and the State Houses of Assembly should pass the Anti-Open Grazing Bill into law as a fundamental step in securing our farm lands, and our Agriculture and hence ensure that Ndigbo are not subjected to hunger and starvation through the destruction of the mainstay of their survival, namely, agriculture and food security.

3. The Governors and the State Houses of Assembly should investigate the information that already RUGA and other alien settlements exist in several parts of Alaigbo. If this is confirmed, all necessary steps should be taken to abolish such alien settlements.

We, in the Alaigbo Development Foundation (ADF) wish to remind our brother Governors that they do not derive their power and authority from the Federal Government or Mr. President of the Federal Republic of Nigeria. Their power is derived through the mandate of their people. Therefore, as long as they are on the same page with the people and strive to make the people's protection, security and welfare as their primary responsibility, they will continue to enjoy the people's unalloyed support. May God bless you all as you selflessly, patriotically and courageously serve the people.