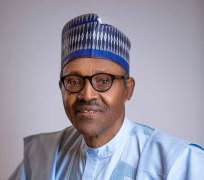 The first few days of September 2019 saw several media reports of renewed xenophobic violence targeted at other African and Asian nationals living in South Africa. These reports, understandably, brought several emotional reactions in Nigeria – which has about 20,000 of her nationals living in South Africa – from the media, academics, and the public. The reactions of Nigerians have varied from breaking diplomatic relations with the former Apartheid enclave to boycotting or nationalisation various South African investments in Nigeria down to issuance of war threat from Abuja to Pretoria.

In the midst of these discussions, many Nigerians – albeit misguided – believe that the country’s president, Muhammadu Buhari, is either not doing anything to go to “great lengths to protect and repatriate” Nigerians citizens facing danger abroad as Gimba Kakanda wrote in his article “Why Nigeria cannot afford a stand-off with South Africa” published on 9 September 2019 on Al Jazeera. The author believes Nigeria is acting “from a position of weakness”. Some other Nigerians also hold the view that an out-right declaration of war - or a threat of it – with Pretoria is a means to solve the problem. Clearly as I will later show, both positions are groundless, out-modelled, and unfit for the practice of the current realities of modern diplomacy, especially under the democratic system.

Before we go ahead, there are some important clarifications I need to make, especially as regards Gimba’s article. First, Nigeria is no longer under military regimes. While it so much has been written and said glowingly about the country’s involvement in African liberation struggles (including South Africa) in the 1970s – largely inspired by the oil boom – there is a need for us to come to the reality of the fact that a lot has changed since then. This year marks the 2oth anniversary of continuous democracy in Nigeria. Also, most of the actions taken at the time – in the heat of the Cold War – may have required impulses which may not be the case under a democracy. I will stress the point later.

Third, diplomatic decisions are taken at some of the highest levels of decision-making, devoid of emotions. In the case of the xenophobic attacks, Nigeria needed to be very careful in order not to make rash decisions for two reasons. First, most of the videos, pictures and (inter)views in circulation on social media (and in some mainstream media) are not related to recent incidents. Second, the government must not find itself acting based on outright falsehood or deliberate exaggerations in the age of social media.

It is very easy for people to blame Nigeria for acting “from a position of weakness” because they erroneously think Nigeria lacks the military, political, and economic capacity to take on Pretoria. Again, we must be careful in taking advice from emergency “diplomatic experts”. We are talking about Nigeria and South Africa – two major African power blocs and not about Nigeria and some of her smaller West African neighbours. That some Nigerians sometimes arrogantly see South Africa as “our baby” makes this matter worse. Even during Apartheid, South Africa was still a force to be reckoned with. Any wrongly-taken decision may lead to unavoidable Mutually Assured Destruction (MAD) which will take its toll not only on both countries but on the continent as a whole.

In his 1971 classic (updated in 1999), Essence of Decision: Explaining the Cuban Missile Crisis, Harvard professor, Graham T. Allison, explained diplomatic decision-making during an adversarial diplomatic crisis. Professor Allison depicts how President John F. Kennedy’s responses to Soviet’s secret deposits of offensive weapons (in anticipation of possible attack on the US) in Cuba led by leftist Fidel Castro in 1961. In response to Soviet’s nuclear threat, Kennedy quickly set up a group of advisors known as Executive Committee (ExComm) to evaluate several options, ranging from doing nothing to a full invasion of Cuba. ExComm recommended a “quarantine” or blockade of Cuba because it may necessarily escalate into war and will also force Moscow to make the next move. Thankfully, the “cool heads” in Kennedy’s ExComm advised against a full invasion of Cuba, the US agreed not to depose Castro and secretly agreed to withdraw US missiles previously deposited in Turkey (in anticipation of a possible attack on USSR) which is just along Soviet’s border. These were the Nikita Khrushchev’s (Soviet leader) terms.

The two countries – US and USSR – were two principal actors and formidable foes during the Cold War and the Cuban Missile Crisis so caution and tact were the watchwords. Coming back to Nigeria’s response to the recent xenophobic attacks in South Africa. Some Nigerians probably have interpreted the watchwords “caution” and “tact” that a matter like this requires to mean “acting from a position of weakness”. Again, we need to state that it is not the case of Nigeria engaging in a diplomatic row with a country like say, The Gambia. We are talking about a formidable regional power player.

Buhari’s decisions not to break diplomatic relations with Pretoria and issue threats on South Africa may not have done down well with some Nigerians. Critically looking at the decisions he took, and the timing, reveal they are not as bad as many people may want us to believe. We shall be looking at Buhari’s actions and decisions from Professor Allison’s three - “rational actor”, organizational, and political - interconnected models.

In Professor Allison’s “rational actor” model, it assumes both Nigerian and South African governments are rational actors. This is why as a government, the Buhari administration joined other governments to condemn the attacks on foreign nationals in South Africa. This appears too routine or mechanical. Then, on Tuesday 3 September 2019, the administration dispatched a Special Envoy headed by Ambassador Ahmed Rufai Abubakar, the Director-General of the National Intelligence Agency (NIA) to convey Buhari’s special message to the South African President, Cyril Ramaphosa, from 5-7 September 2019. While that was going on, the administration evaluated other options. On 4 September, the Government’s “Crisis Council” (the equivalent of President Kennedy’s ExComm) presided over by President Buhari, Vice President Yemi Osinbajo, Foreign Affairs Minister Godfrey Onyeama, and experts from the foreign service, academia, and security agencies met and took some important decisions which took immediate effects which include: boycott of the World Economic Forum (WEF) which Vice President Osinbajo was already scheduled to attend on 5 September in Cape Town; recall of Nigeria’s High Commissioner to South Africa, Ambassador Kabiru Bala; immediate voluntary evacuation of Nigerians from troubled spots; presidential instruction to protect all South Africans and their investments in Nigeria and the arrest of Nigerians who participated in the criminal looting of South African businesses in parts of Nigeria as a measure to put pressure on South African government to reciprocate. Both countries know the implications of invoking economic sanctions on each other. Even though there are so many South African businesses in Nigeria, most of their workforce are Nigerians. Apart from that, if Nigeria decides to nationalise these investments and South Africa does the same, both sides will lose heavily. The report of the Special Envoy quoted the South African president as saying the attacks on Nigerians were “disconcerting and embarrassing” and promises to reciprocate the measures Nigeria adopted in protecting South Africans and their businesses in Nigeria.

Allison argues that bureaucracy places many constraints on diplomatic decision-making during crises like the xenophobic attacks. In a situation like this, governments will first evaluate short-term solutions to reduce tensions and the possibility of escalations in an atmosphere of uncertainty. In such situations, there will be obvious temptations to make decisions mechanically or utilise pre-existing or previous plans. Nigeria has effectively used boycotts of international events (e.g 1976 Montreal Olympic Games, 1978 Edinburgh Commonwealth Games, 1996 African Cup of Nations etc), economic sanctions (e.g the 1979 Nationalisation of British Petroleum), breaking of diplomatic relations (e.g with Israel over dispute with Egypt in the 1970s), and other measures in global affairs. These decisions, if they were to be taken under a democratic dispensation will have serious political implications. The Buhari administration’s decision to boycott WEF in Cape Town may have gone unnoticed by many Nigerians because not too many of them see it as directly connected to them. Decisions like nationalising South African investments may be stalled by heavy litigations and bureaucratic bottlenecks under a democratic system like ours. The government may also fear to get backlash from the bureaucrats. The government also may have been seriously concerned about the short-term job losses (in a country with over 20% rate of unemployment) and the shocks it may temporarily have on the Nigerian economy to have avoided taking economic sanctions as many have suggested. After evaluating the risks and possible losses from inputs from the Nigerian High Commission in South Africa and the NIA, the government decided to break diplomatic relations – albeit temporarily – with Pretoria.

On Allison’s political model, he noted nations are guided by the astuteness of their political leaders. Both Nigeria and South Africa are facing domestic political and economic crisis. [Unlike what many Nigerians believe, the South African is undergoing some serious economic crises.] Both countries recently came out of bitterly-contested elections with their oppositions describing their presidents in various adjectives as weak and incompetent. The South African president and the ruling African National Congress (ANC) has been a difficult position to strongly condemn the attacks because that may spell its political doom. The party seem to give the attack on foreigners “setting up illegal businesses” some form of tactic support. The ANC also has a history of blame-trading: during Apartheid, it was the Boers (the white minority) that was the reasons blacks could not get jobs. After apartheid, it has to be the “illegal immigrants” that are taking over their jobs. On the part of Nigeria, the opposition does not appear to have spared Buhari February 23 presidential election. The xenophobic attacks were another reason to attack Buhari’s “insensitive and incompetent” rule. Buhari has come under fire for allowing so many Nigerians to be “killed on their land” which is why “no other country will take us seriously.” The political leaders in both countries may intend to use the crisis as face-saving. Many Nigerians see Buhari’s “later decisions” as a result of the fact that his government “felt pressured”. To try and find a lasting solution to the incessant attacks against Nigerians in South Africa, both Presidents Buhari and Ramaphosa will meet for the first time in South Africa in October. Both leaders will meet knowing fully well the effects of deadlock or stalemate on the future of Africa and her people

Having looked at Buhari’s decisions and actions since the renewed xenophobic attacks from the rational, organisational, and political models, we may say President Buhari has not taken the decisions most Nigerians “wanted”, but he acted within the confines of diplomatic practice to have avoided situations from escalating because of both countries’ influential positions in the African Union (AU). Diplomacy involves a high degree of caution and tact. This is not “weakness” in any way.

Olalekan Waheed Adigun is the Lead Research Officer at VTrackerNG.com, a project that tracks social/political violence in Nigeria. He is the author of the book WITNESSING THE CHANGE. He is also a PhD candidate at the Nnamdi Azikiwe University, Awka. He can be reached on +2347081901080 or email: [email protected] . He tweets from @MrLekanAdigun