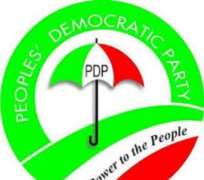 The Peoples Democratic Party has had elections of some of it governors affirmed by election tribunals.

The Delta State tribunal declared Okowa as the authentic winner of the March, 9, 2019 governorship election.

Chairman of the three-man tribunal which sat in Asaba the state's capital, Justice Sulaiman Belgore, dismissed a petition by the candidate of the All Progressives Congress, Great Ogboru, for lack of meri

Mr Ogburu had in a petition challenged the victory of Okowa at the poll, alleging that the election was marred with irregularities, over-voting and substantial non-compliance with the electoral act and guidelines.

He prayed the tribunal to nullify the election and order the Independent National Electoral Commission to conduct a fresh exercise or declare him winner on the ground that he scored majority of lawful votes cast during that exercise.

His petition was however dismissed on all grounds by Justice Belgore who stated that the petitioners did not prove their case beyond reasonable doubt.

The Taraba State Governorship Election Tribunal on its part affirmed the re-election of Governor Ishaku of the Peoples Democratic Party in the March 9, 2019 governorship poll in the state.

A three-man panel led by Justice M.O. Adewara unanimously dismissed the petition by Abubakar Danladi of the All Progressive Party challenging the outcome of the poll.

The tribunal held that the petitioners failed to prove their claims that the election was marred by irregularities and substantial non-compliance with the Electoral Act.

He noted that the affirmation of the judgment by the Supreme Court implied that the APC had no valid candidate in the election.

Governorship Election Petition Tribunal sitting in Umuahia on Friday upheld the victory of Okezie Ikpeazu of the Peoples Democratic Party (PDP), as the governor of Abia State.

The tribunal also dismissed the petition filed by Alex Otti of the All Progressive Grand Alliance (APGA).

Chairman of the panel, Justice Lekan Ogumonye while delivering a unanimous judgement held that the petitioner failed to prove his allegations of over-voting and non compliance with the electoral act in the conduct of the election

The party describes the upholding of the elections of the governors as triumph of the collective will and aspirations of the people of the two states as amply expressed in the March governorship elections.

“Indeed, the spontaneous jubilations that greeted the verdict across the two states are resounding testimonies of the legitimacy and acceptance of the leadership of the governors, unarguably because of their exceptional commitments in repositioning and empowering their states along critical sectors of life.

“The PDP is particularly happy to observe the commitment of Governor Udom in developing Akwa Ibom state, including his outstanding implementation of unique industrialization initiatives in key areas, particularly manufacturing, aviation, education, healthcare and other critical sectors.

The PDP also applauded the members of the tribunal for their courage and patriotism in delivering justice in the interest of the people.

The PDP urged the governors as well as all other officials elected and appointed on its platform to continue to render selfless services to their people in line with the manifesto and guiding principles of the PDP, as a party committed to the wellbeing of Nigerians at all times.