Justin Trudeau can be forgiven! 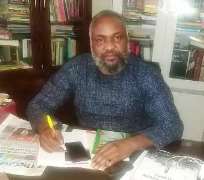 In both politics and sports, racism has remained a major stumbling block to the fullest realization of the underlying objectives for establishing both sectors in human community.

Politics essentially if qualitatively played has the potential of unleashing the highest standards of living for the greatest percentage of the people of such a political entity.

Coming as it were from two Greek words connoting technique and city state, (technique of running a city state) politics is the single largest human activity that impacts in a monumental way on humanity. Politics shapes a lot of things and also frames the Worldview.

On the other hand, sports is both a mega billion dollars business and scintillating endeavors of man which delivers ultimate value for money by way of entertainment and other accompanying social benefits.

Sports remain the largest employer of the greatest number of youngsters.

Sports are unifying factors whereby the hosting of a sporting event brings together persons of diverse origins who congregate at a point to watch and be entertained and to cheer up their heroes.

However, one big challenge that stays in the way of attaining those aforementioned lofty goals is the perception or indeed the reality of racism on the part of some of these political and sporting actors.

In the field of sports, especially in football which is a lucrative field in the west, a lot of talented black players have come under avalanche of racist attacks from some lawless and badly behaved white extremists or persons identified as White supremacists who have either made racist remarks or acted in such a debasing way as to dehumanize black players.

British premiership and the Italian league are two of those prominent rich professional football entities whereby a lot of black players have suffered unpalatable racism from some badly behaved lawless white coloured soccer fans. In some of these cases of racism, the respective football governing bodies have had to wield the big stick.

The English Football Federation does not tolerate racism in football even as many offenders have had their privileges of watching football in the premiership banned or taken away for life. In some instances, the law enforcement agencies have had to also to prosecute and punish offenders.

These decisive steps adopted by the Football federation are in line with extant statutes of the World football governing body known as FIFA. Some of these punitive steps are not stiff enough as to deter other offenders which is why racism has remained a big issue in professional sports. Advocates have been heard calling for stiffer penalties with effective deterrent values.

Speaking about politics and racism, some big politicians in the West such as President Donald Trump of the United States of America and the current British premier Mr. Boris Johnson have been accused of racism just as Boris Johnson has also been accused of being islamophobic. He was quoted as classifying Moslem women wearing traditional arab fashion that covers their faces that they look like boxes.

The other day, just before the parliament was suspended or went on forced recess, Boris Johnson came under intense scrutiny from a moslem legislator who accused him of being islamophobic just as the accuser demanded apology which never came.

Boris Johnson who is a very excellent public speaker immediately denied the accusations.

But the pivotal topic of discussion today which is racism is motivated by the controversy created by the publications of photos of the Canadian Premier Mr. Justin Trudeau some years back in his youthful days whereby he appeared to have put up appearances that denigrate ethnic minorities and blacks in Canada. These photos are currently trending with few days to a widely contested poll.

But unlike Trump or Boris who strenuously denied the accusations of racism, the Canadian prime minister owned up and apologized profusely.

A beautiful report by a United States based newspaper called USA Today did a very balanced and objective report on this controversy in which they completely narrated how penitent the Canadian premier is since this latest round of controversy that he was once a racist which totally deviates from his current global profile as one of the few World leaders among the Caucasians who is tolerant of all tribes, tongues and faiths, surfaced.

Importantly, this report alluded to the political underpinnings for the emergence of these old photographs now being printed by leading newspapers in Canada which will soon have an election in which the position of prime minister is being contested.

However, there is no empirical proof that the publication calling the charismatic Canadian premier a racist was sponsored by his rivals.

What is certain is that Prime Minister Justin Trudeau's re-election campaign has inevitably been rocked again Thursday as he issued a second apology after another instance of him in dark makeup was reported by the media.

The USA Today reports that after a second picture and a video emerged of him wearing blackface, the Canadian politician asked for forgiveness.

At a campaign appearance in Winnipeg on Thursday, he apologized -- his second apology in as many days -- and added that “Darkening your face is always unacceptable because of the racist history of blackface. I should have understood that then, and I never should have done it."

Trudeau said he acknowledges that he “came from a place of privilege, but I now need to acknowledge that comes with a massive blind spot.”

He then admitted that he did not know how many times he had put on dark makeup. “I am wary of, of being definitive about this because the recent pictures that came out I had not remembered.”

He also tweeted Thursday: “What I did was hurtful to people who live with intolerance and discrimination every day. I recognize that, and I take full responsibility for it. I know that I let a lot of people down with that choice, and I am deeply sorry.”

Trudeau it would seem, went full thruttle to apologize saying: "What I did was hurtful to people who live with intolerance and discrimination every day. I recognize that, and I take full responsibility for it. I know that I let a lot of people down with that choice, and I am deeply sorry."

The existence of a 2001 photograph showing Trudeau, then a 29-year-old teacher at a pricey private school, attending an end-of-year gala “where the theme was Arabian Nights,” was first reported by Time Magazine Wednesday, and was confirmed to Time by spokeswoman Zita Astravas of his re-election campaign, says the media.

“He attended with friends and colleagues dressed as a character from Aladdin,” she told the magazine.

In one of such photos, Justin Trudeau wore brownface at 2001 ‘Arabian Nights’ partywhile he taught at a private school, Canada's Liberal Party admits

He is sensitive and penitent because on Wednesday, he told reporters while traveling on an airplane he “shouldn't have done it. I should have known better, but I didn't," he said. "And I'm really sorry.”

This writer watched the Canadian Premier's interview and as a Black African and a well travelled Journalist my heart tells me that this young Canadian leader is truly repentant.

It would be recalled that later this week's Wednesday, a second image emerged that reportedly shows Trudeau performing in a talent show as a high school student.

The media which ran the exclusive photo stated that sources have confirmed to me that this is THE picture of ⁦@JustinTrudeau⁩ in blackface from high school that he referenced in his press conference. From the year book at Brebeuf college. #cdnpoli He is singing Day Oh apparently.

In the same remarks to reporters on the airplane Wednesday, Trudeau had admitted that he had once dressed up in a similar way during a high school talent show, saying he wore "makeup" to perform "Day-O", a traditional Jamaican folk tune sung by legendary African American performer and civil rights activist Harry Belafonte.

As i said, unlike some persons who would deny even clearly proven cases of misdeamenour this gentleman from an illustrious family and whose father was also the leader of Canada at a time in their history has fervently confessed to his youthful mistakes. As an African I'm prepared to forgive him and I implore all Africans and minorities to forgive him because he is a jolly good fellow who truly loves immifrants and refugees.

He has become the global face of one important leader who indeed defended the undefended immigrants and refugees from war ravaged and terrorists tormented nation's around the underdeveloped countries including Nigeria torn apart by armed terrorists and armed Fulani herdsmen ravaging communities and killing, maiming and destroying lives and properties.

Justin Trudeau has had to endure abuses from all over following his soft spot for immigrants and refugees who are in need of the much needed help but which most wealthy nation's will not give freely. For instance, many reports of opposition to Justin Trudeau's pro-refugees policies are awash in the media.

Media in Canada say a surge of asylum seekers from the US has caused strife between Canadian Prime Minister Justin Trudeau and the leader of the most populous province.

Ontario Premier Doug Ford says the province will not pay for the cost of housing the thousands of asylum seekers spilling over the US border.

Mr Trudeau fired back that he had to "explain" how Canada's refugee system works to the newly elected Mr Ford.

Since January, almost 9,500 asylum seekers have been caught at the border,so states a certain newspaper report. I repeat that Justin Trudeau is a champion of minority rights and his past youthful mistakes should and must be pardoned.

There were cases of religious minority figures in Pakistan threatened by Islamic extremists with death who got reprieve from this kind man called Mr Justin Trudeau.

I'm certainly prepared to forgive his youthful transgressions because each one of us suffered from one youthful exuberance or hubris or the other. As Christ Jesus said truthfully in the Holy Bible, "Let he who has not sinned cast the first stone on the fornicator ".