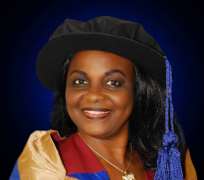 What are the ranks on the Professorial title in the Nigerian University Educational System and the pending problems?

There are two ranks: Full professor and Associate professor or reader. At times, people tend to address the academic on both ranks with the abbreviation 'Prof.' and this becomes rancorous argument and dispute.

What is the current application of the professorial title 'PROF.' in the Nigerian University Educational System?

As in the UK and Europe, 'professor' is generally reserved for the rough US equivalent of a 'full professor,' a senior scholar with top rank. 2) In the US, 'professor' is an appropriate title for anyone who stands in front of a classroom, most of whom have Ph.Ds but many of whom have non-doctoral terminal degrees. Associate professors may be addressed as Mr./Mrs./Ms. /Dr. (If they have a Ph.D) or Prof., according to individual preference.

What is your take on the professorial title 'PROF.' in the Nigerian University Educational System?

It is very sad and disturbing that students keep asking me about how I should be properly addressed as their lecturer, rather than ask, how they should become successful students. The promotion is so politicised and the answering to the title so demonised. Any lecturer on professorial cadre should be addressable as "Prof." in Nigeria as in other Commonwealth countries; if not as any one who teaches or lectures in USA. In Nigeria, some lecturers actually have affiliations to both UK and US .

What are the criteria for answering to professional titles in the academia in Varsities oversees and how do they differ?

Criteria for answering to titles in the academia varies from one country to another, in Commonwealth countries and neighbouring countries as Ghana for instance. Any lecturer on professorial cadre is addressed as "Prof."; same as any one who teaches / lectures in USA, Canada, Australia and Asia. In French, 'the teacher' is 'le professeur' and in UK 'Prof.' title is reserved for a full professor without any recourse to administrative battles or legal issues.

How does it differ in Nigeria and what are the evils?

But in Nigeria it is not so, it is quite different. The title is being treated as restricted do-or-die-affair, job and life threatening affair. Nigeria should choose and adopt their own reasonable style, rather than witch-hunt academic colleagues, disgracing, humiliating and stripping them of retirement benefits at old age, after meritorious years of service, all in the name of titles. I have heard about several of such cases. I mean just because an Associate Prof. is referred to with the abbreviation "Prof.", he is sacked or compelled to resign his lecturering job.

What do you think would serve as an immediate remedy to this problem in the academia?

The Academic Staff Union of Universities (ASUU) needs to look seriously into this, as many Doctors, Readers or Associate Prof. and Prof. (in approximate potency) have been victims. House of Assembly /Reps. could also look into it as a sponsored Bill as no lecturer has dared to take the matter to court. Promotion of colleagues should be of utmost concern as at when due, as major concern.

For instance, "I have been an Associate professor, on professorial cadre at IAUE, as a Professor (in approximate potency) over the years, in IAUE, where I have taught for over thirty years, and I hold 'Honorary Causa' in Divinity of Northwestern Christian University, Florida, USA (2014), among others in USA Honors. So what do you call me? or How do you address me? I ask you all!" USA addresses me as 'Bishop Prof.' as I am on Nigerian Professorial cadre as Associate Professor and Professor (In approximate potency).

What is your take as a Linguist on the professorial title 'PROF.' in the Nigerian University Educational System?

As a linguist, and a lecturer teaching post graduate students in Applied linguistics, "I am aware, Prof., A/Prof., Assoc. Prof., Assist. Prof., Prof. in approximate potency, etc. are all cases of lexical variations and unrestricted/broad/wide vocabularies of texture and colours in linguistic dexterity. These tags are as used overseas to honour higher institution teachers, and as such an asset in modern linguistics.

What is your contribution to introducing decorum on the professorial title 'PROF.' issue in the Nigerian University Educational System as a NANS's recipient of 'Long Service Award' and 'Outstanding Leadership Award'?

Traditionally British universities have used the title reader, while associate professor in place of reader is traditionally used in Australia and New Zealand. South Africa, India, Malaysia, and Ireland within an otherwise British system of ranks. More recently, some universities in Commonwealth countries have adopted the North American system of ranks.

I will continue to educate people and write and publish articles as well as express my opinion in whatever avenue is presented to me on the matter, that this abbreviation technicality need not be a do-or-die affair .

How do you intend introducing decorum on the professorial title 'PROF.' as an Academic member of POLAC Int'l Peace Advocate, an International director in capacity of Deputy Chairperson on the board, serving humanity towards achieving ECOWAS millennium goals?

Systems should always be opened to reviews, most especially in the academia. There has been adoption of American titles by Commonwealth universities. i.e. Increasingly, some universities in Commonwealth countries have adopted the American hierarchy of titles.

The earlier the system is reviewed in Nigeria, the better. As I have granted this interview, I shall continue to speak openly and encourage others to join until the matter is well treated and laid to rest appropriately.