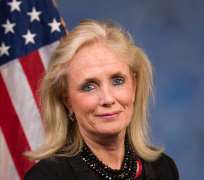 The American Human Rights Council (AHRC-USA) expresses its disagreement with Congresswoman Debbie Dingell's decision to withdraw her sponsorship to a HR2407 -Promoting Human Rights for Palestinian Children Living under Israeli Military Occupation Act. Congresswoman Dingell is one of 535 in Congress, 435 in the House and 100 in the Senate. There are others in Congress from Michigan and from across the nation that the Arab and Muslim American community support but have not been held to the same standard nor have been called out on this this bill as Ms. Dingell.

Congresswoman Dingell explained that the withdrawal of her support of the Palestinian children bill must be seen in the context of her work on the Palestine issue and her trying to secure support for another resolution on Palestine. Regardless whether one agrees or disagrees with Congresswoman Dingell Palestine strategy, it should not compromise her solid and long standing friendship with the Arab and Muslim American communities at large especially within her district. AHRC and others recognize that the Dingell's legacy is that of principled support and defense of Arab Americans especially during some of the most challenging times.

Congresswoman Dingell is a friend and supporter of the community. This friendship and her record of commitment to the community and its causes mandate respectful dialogue and commentary. We understand that the issue of children strikes a chord with a community that feels helpless toward the daily abuse and violations that Palestinians are going through. The House bill was a basic call on Israel to uphold international law so human rights violations do not continue without any accountability. The call is a true reflection of American values. Many rightly see that as uncontroversial.

AHRC affirms that human rights are owed to each and every human being simply for being a human being. Children have human rights and children's rights that are recognized and honored by countries held in high regard in world opinion. Palestinians, especially their children, deserve the same rights as all human beings.

"We are surprised by Congresswoman Dingell's withdrawal of her support of the Palestine children's bill but we are disappointed by the vicious attacks on her," said Imad Hamad, AHRC Executive Director. "She has a great record on Arab and Muslim issues and we take her word when she says she has good intentions," added Hamad. "We should learn to disagree without being disagreeable and continue the engagement and dialogue in an atmosphere of mutual respect," concluded Hamad.