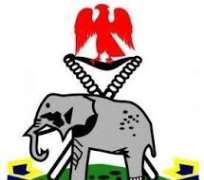 The Osun State Police Command has confirmed that two persons lost their lives when a commercial bus plunged into the Osun River.

The Police Public Relations Officer for the command, Folashade Odoro said two persons died in the incident that occurred at an area known as Oke-Gada in Ede.

One of the residents of the area said the accident happened around 7pm. He said the driver was trying to avoid pot holes near the bridge on the river.

The occupants of the vehicle were rushed to a private hospital in the area but they died before getting to the hospital, according to eyewitnesses.

The doctor at the hospital confirmed that they were brought in dead on arrival.