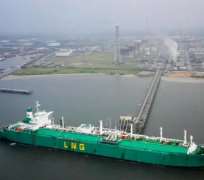 The company is discussing with the country’s top-10 lenders including Guaranty Trust Bank Plc and Zenith Bank Plc, to raise as much as $2 billion, and with foreign lenders and export-credit agencies for the balance, Chief Executive Officer Tony Attah said.

The funds will go toward building the gas plant’s seventh train, expected to boost output by 40 per cent.

“We have done the financial market pitch to know who has capacity,” Attah said in an interview in Abuja.

Nigeria LNG has appointed Guaranty Trust and Sumitomo Mitsui Banking Corporation as financial advisers for the fund raising that will be a combination of debt and equity. The seventh train will cost as much as $7 billion to build, with another $3 billion going for gas-gathering projects and pipelines needed to feed the new unit.

Nigeria is joining nations from U.S. to Australia in increasing output of the fastest-growing fossil fuel to help meet rising natural gas demand led by China. With the planned expansion, output is expected to reach 30 million tons a year when completed in five years, from the current 22 million tons.

On Sept. 11, the company moved closer to taking a final investment decision on the project when it named Saipem SpA, Chiyoda Corporation and Daewoo Engineering & Construction Company Limited as the successful bidders to build the new plant. The company signed a letter of intent for the engineering, procurement and construction contracts with the builders, a key milestone toward a final investment decision.

“Our ambition is to take that decision on October 31,” Attah said.

The company’s plant on Bonny Island supplied more than 300 LNG cargoes last year including 51 spot sales. NLNG, as it is known, has signed sale and purchase agreements with existing customers to take the additional volumes from the new plant while it expects that aggregate market growth will be driven by demand from emerging markets, including new destinations such as Pakistan, Bangladesh, Jordan and Jamaica, the CEO said.

NLNG has 16 purchase contracts of at least 20 years duration with 10 buyers including Enel SpA of Italy, Botas of Turkey, Naturgy SA of France and Eni SpA. Some of these contracts are due to expire between 2020 and 2024.

The CEO said that a re-marketing effort for volumes from its older trains 1, 2 and 3 that began in 2017 is now nearing a close and he expects bilateral agreements with new and existing buyers will be signed by October. LNG buyers are now increasingly shifting toward shorter contracts as more cargoes are now sold on the spot market, he said.

“We see that kind of behavior in the trains 1, 2 and 3 re-marketing where I can positively say the average tenure was about 10 years. Not many people want contract for 20 years,” according to Attah.

“Overall, we just stay flexible and continue to adapt to the realities we see.”