Who is Playing Politics with Security? 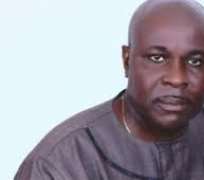 It is very common for politicians to admonish their opponents not to play politics with an issue, even when that admonition is itself loaded with politics. Speaking when the promoters of the proposed African Security Leadership Summit visited him at the State House, Abuja on September 10, 2019, Buhari was reported to have condemned the “undue politicisation” of the security challenges facing the country by some Nigerians. He was also reported to have said that “no matter how much the revisionists try to distort history, the records show where we were in terms of security in 2015, where we are now, and we also know where we want to be.” Buhari equally reportedly claimed that “the relative successes of the administration since 2015 are clear, and what remains in areas of security are also clear, despite the politicization.”

Basically my interpretation of the above is that Buhari is arguing that the security challenges in the country are exaggerated; that the country was more insecure when it came to power than now, and that it has a roadmap for making the country even more secure than it met it. It should be recalled that the Vice President Professor Yemi Osinbajo took a similar view when he reportedly told Nigerians in the USA in June 2019 that stories of kidnapping in the country were exaggerated.

Buhari reiterated the above positions recently while receiving Mr. Peter Maurer, president of the International Committee of the Red Cross (ICRC) at State House, Abuja. Buhari was quoted as saying: “Boko Haram has been degraded, but its members are still a nuisance around Lake Chad and the surrounding islands. That is why we are cooperating with Chad, Cameroon, Niger Republic, and other countries to deal with them. We are also using the Air Force quite effectively. They are bandits and we will continue to treat them as such.”

At this stage it may be germane to pose the question of what it means to play politics with security - as the President accuses his opponents of doing. If it means narrativizing the security situation in the country in such a way as to gain political mileage from it, then the President may be guiltier than his opponents on that. In fact, during the campaign for the 2015 election, Buhari had promised to solve the Boko Haram issue within months. And just four months after he was sworn in as President, Buhari in September 2015, gave the military three months to defeat Boko Haram, and by December of that year, declared that the country had “technically won the war” against Boko Haram. The sub-text of Buhari’s three-month deadline to the Nigerian military to ‘defeat’ Boko Haram, and subsequent declaration that the group has been ‘technically defeated’ (the terminology was later moderated to ‘degraded’), was that what the preceding PDP government could not achieve since 2009 when the conflict broke out, his government was able to accomplish in few months. That was the ultimate playing of politics with security because the innuendo was to accentuate the perceived differences in capacity to govern between his government and the PDP government and subsequently amplify suggestions that Jonathan was ‘clueless’. Of course if Buhari could do in few months what the PDP government, (in particular the Jonathan government that he defeated at the polls), could not do in years, then there was no better way to prove that the label of ‘clueless’ fits, and was well deserved. Jonathan’s alleged ‘cluelessness’ (and allegations that the Boko Haram conflict persisted because money voted to fight the group was diverted into private pockets), meant that the Buhari government simply needed to make good its boast that it could defeat Boko Haram in three months. However, in playing politics with Boko Haram and security (just as the government’s opponents also do), the government either forgot that Boko Haram is not a conventional army that could be defeated in the battle field or was genuinely ignorant of the differences between conventional and asymmetric warfare. Citizens’ expectations were unwittingly raised sky-high by that deadline. Managing this expectation later became a challenge and led to efforts to invent several sub narratives to explain the persistence of Boko Haram and its mayhem: we were told that precisely because Boko Haram had been defeated or ‘degraded’, it had started focusing on ‘soft targets (as if attacking ‘soft targets’ is no longer central to any definition of terrorism); we were also told that the ‘real’ Boko Haram we knew has been defeated but that what the country now faces is “a mixture of Boko Haram remnants, criminal groups and jihadists from the Maghreb and West Africa fuelled by turmoil in Libya and the collapse of the Islamic State (IS) caliphate in the Middle East.”

The impression one gets is that whenever the government wants to measure its achievements in containing the security challenges in the country, it inevitably remains fixated on the successes it recorded in recovering seized territories from Boko Haram shortly after it came to power. In so doing however, it forgets that Boko Haram has undergone various mutations since the conflict broke out in 2009 – it had moved from attacking state institutions like the Police, to attacking churches, to attacking mosques, to attacking everyone and now to attacking hard targets such as military installations. Therefore continuing to cling to its belief that it has defeated or degraded Boko Haram is to live in denial – or play hard politics with security.

More worrying however is that the government tends to believe, not quite correctly, that Boko Haram remains (as it was years ago), the greatest security challenge in the country. It is still a major driver of conflict in some states in the North-east but there are other dynamics that now interface with its terrorism. For instance Edward Kallon, the United Nations Country Director was reported to have said on September 10 2019, that over 1,400 Nigerians have been killed in the last six months in the country as a result of kidnapping and banditry, and that killings by armed herdsmen and bandits outweigh killings by Boko Haram. Similarly, Peter Maurer, President of the International Committee of the Red Cross was reported to have said on September 9 2019 that Nigeria is the fifth largest humanitarian crisis country in the world. Mr Maurer reportedly further said that as a result of ICRC’s engagement in Nigeria since January 2019, over 258,000 people from areas affected by armed violence got access to healthcare and over 640,000 received food or agricultural support. The ICRC President was also reported to have said that relationship between it and the government would be further strengthened “the more we see the activity from Nigerian authorities, the easier it is for us to add here and there”. This appears to be a subtle indictment that the government is not doing enough to combat the security challenges in the country.

If the portraiture of the above security situation is not damning enough, the Punch of today (September 11 2019), in a report entitled ‘Niger boils again as bandits sack three more communities”, hit the nail more on the head:

“It was learnt that the heavily armed bandits rode motorcycles numbering about 30, carrying three people each, ransacked the three communities and forced them to run to Kagara the headquarters of Rafi Local Government Area.”

The picture of the security situation in the country painted so far focuses narrowly on physical security. Remarkably, the conception of security has moved away from its narrow, traditional focus on physical security to encompass human security, (access to education, healthcare, improved standard of living etc). For instance, according to the World Poverty Clock, (which named Nigeria the poverty capital of the world in 2018 with 87 million people living in absolute poverty as at that year), an additional 4 million Nigerians have joined the extreme poverty club since its last report owing to factors such as rising unemployment, farmers’-herders’ conflicts, kidnapping and general insecurity. If you add the dimension of human security to the crisis around physical security in the country, a truer picture of the security situation in the country will begin to emerge.

Following from the above I believe the government lives in denial (or divorced from reality) when it suggests that the security challenges in the country are either exaggerated or were worse than when it came to power. True, not all the drivers of insecurity in the country can be blamed on the federal government but suggesting that concerns about the deteriorating security situation in the country amount to the politicisation of security, also tantamounts to playing politics with security.