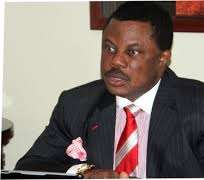 Governor Willie Obiano of Anambra State on August 29, toured the riverine areas of Onitsha, Ogbaru and Omambala to sensitise the people of an impending flood. This was in response to the warning by the Director General of the Nigeria Hydrological Services Agency (NIHSA), Clement Nze, 20 days eralier of imminent flooding in areas around the Rivers Niger and Benue.

The warning by the agency was not peculiar to Anambra state as the flooding is expected to affect many states with the same issue of flood plain. According to Premium Times, an online publication, “no fewer than 74 local government areas in 30 states in Nigeria would experience severe flooding in September”. The paper equally reported NIHSA as urging governments to pull down structures built on flood plains while expressing disappointment that previous warnings were not heeded.

So far only Anambra state out of the 30 states has responded to the warning and mobilised to sites. The State Emergency Management Agency (SEMA) has been fully activated and kept on the ready. Items of need for such emergencies like drugs, tents, blankets, buckets, mosquito nets etc have also been procured and would be made available to those who heed the warning. Medical doctors, nurses and other health professionals are ready to be mobilized to any areas flooded.

This is not the first time the Obiano administration is taking measures to stave off looming disaster in the state. Taking proactive measure is consistent with his administration’s policy of averting potentially dangerous situations. But it is taking a boat ride in torrent of troubled waters to these areas of flood plain - which on a good day are not accessible - that was too risky. It was a tad too selfless and bespeaks of leadership by example. Any governor not as committed to the welfare of the citizens would jolly well assign the task to another. But Obiano has shown on occasion that he is empathic and feels the vicarious pains of those he leads.

One or two examples of the proactive measures undertaken by his government and his own personal touch to emergencies will suffice here. The fire of February 16, 2017, that gutted the Mobil Filling Station at the DMGS Roundabout in Onitsha saw his government enact a policy that forbids the building of new petrol stations within distance of both human and commercial activities as well as the removal of old ones. But it was his reaction to the station fire that marked him out as leading by example. He had already boarded a flight at Akanu Ibiam International Airport in Enugu for the Council of State meeting in Abuja when the news of the accident reached him. He hurriedly disembarked and sped off to Onitsha to attend to the situation. He later visited the victims at the hospitals, paying the entire medical bills.

It is also well to remember the effort of his government in trying to avert frequent road accidents in the state; he has actually been personally involved in the various rescue operations. To prevent frequent accidents, his government established the first Computerized Vehicle Testing Centre on Roban Road in Awka to assist in checking the road worthiness of vehicles plying within the state. The moribund Vehicle Inspection Unit of the Ministry of Transport has been reactivated and equipped to carry out routine check on some vehicles.

To appreciate the governor’s concern and his effort to stem the impending flooding, a critical appraisal of the flood disaster of 2012 in the state is useful. Though the year’s flooding was a national disaster, Anambra was identified as one of the most affected states because a good number of its communities are by the River Nigeria and its several tributaries. Persons were displaced - even drowned, buildings were submerged as farmlands and livestock were washed away. In fact, the level of damage was such that most of the coastal areas of Onitsha, Ogbaru and Omambala were left desolate. Out of the 21 local governments in the state about eight were affected. Records showed that houses as well as public properties worth billions of naira were fully or partly destroyed. There were interventions by the government, international donor agencies, nongovernmental organizations as well as public spirited individuals through relief materials.

Notwithstanding the effort of the government at the time, victims of the disaster were subjected to immeasurable hardship. Most of them resorted to self-help to escape imminent death by drowning. Till date a good number of them still bear the scar of the colossal tragedy.

It is to avoid a repeat that Governor Obiano has chosen, once again, to make hay while the sun shines. When both the Nigeria Meteorological Agency (NIMET) and the Hydrological Services Agency announced announced early last year of an impending major flood in many states because of the unusually heavy rains, Obiano became the first to mobilise his people about the looming disaster. Visiting the troubled areas this time availed him the opportunity to study the situation and take proactive measures for the benefit of the people. To that extent, his judgement on procurement of relief materials as well as an arrangement for holding centres won’t be speculative. No longer will the government be reacting rather than pre-empting the situation. The implication is that the cost to the people and the state will be reduced and there is also the possibility of establishing a template for such emergencies.

Residents and businesses within the flood plain need to heed the governor’s advice to leave places which are below the sea level until the floods come and go. They must assist the state government to reduce nature’s rage against man. It is expected that governments of states with similar problem will take adequate measures.