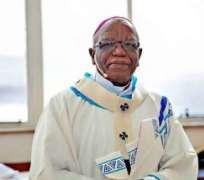 Catholic Bishops of Southern Africa have faulted the position of the South African government on the xenophobic attacks in South Africa,

saying that the government lied when it portray the recent attacks on foreign nationals in the country as not being xenophobic, but the work of criminal elements.

Archbishop Buti Tlhagale (OMI) of the Southern African Catholic Bishops' Conference (SACBC) Office for Migrants and Refugees in a statement on Saturday maintained that the attacks were not an attempt by concerned South Africans to rid the cities of drug dealers as being claimed in some quarters.

He said, “Once again we receive reports of the authorities doing very little to protect the victims. We received report of police standing by idly in Pretoria while shops were looted and people attacked. Not a single arrest was made on that day.

“Once again the authorities resort to the old explanation: that this is not xenophobia, but the work of criminal elements.

“Let us be absolutely clear – this is not an attempt by concerned South Africans to rid our cities of drug dealers. And this is not the work of a few criminal elements. It is xenophobia, plain and simple.

He added, “The teaching of the Church is direct and uncompromising. More than 80% of South Africans claim to be Christians. What are our religious leaders teaching the multitudes that fill our Churches every Sunday? Galatians 3:28 says: “There is neither Jew nor Gentile, neither slave nor free, nor is there male and female, for you are all one in Christ Jesus.

“By the same token, there is neither South African nor Nigerian nor Ethiopian. We are all one in Christ Jesus. “Let us take heed of this. We are facing a rising tide of hatred and intolerance, no different to the rising tide of hatred in Nazi Germany. If we do not take urgent action to stop it, there will be nothing left.”

He stated that all religions preach fair treatment to foreigners. He called on all people of faith, and all people of goodwill, to speak out and take action.