Says compensation should be paid to victims, families
By Kenneth Nwoke, The Nigerian Voice, Owerri 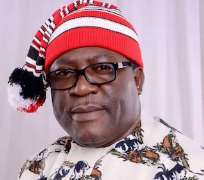 The immediate past deputy governor of Imo State, Prince Eze Madumere has bemoaned the continual unmitigated attacks on Nigerians and their businesses in South Africa, while commending President Mohammadu Buhari for wading in to resolve the ill treatments.

The ex-deputy governor’s remark was contained in a press release signed by his Special Adviser on Media, Uche Onwuchekwa.

Madumere insists that Nigeria, in particular, does not deserve the inhuman treatments they are getting from South Africans.

He maintained that Nigeria as a country played a very strategic roles during apartheid to ensure that South African natives got justice.

The statement reads: “Nigeria played the big brother role during the reign of apartheid in South Africa. The country sacrificed all it could to ensure that freedom was achieved. The sustained violent treatments against Nigerians is uncalled for. I believe that the authorities in South Africa has not done what it should do to achieve a peaceful coexistence.”

He said that President Buhari has taking the right step by trying to use diplomacy to resolve the nagging issue.

"Pulling out from World Economic Forum on Africa (WEF), summoning of South African High Commissioner to Nigeria and recalling Ambassador Kabiru Bala among others were steps in the right direction. No African country deserves such treatments considering our historical antecedents";

He however called for the intervention of the African Union since other citizens of other member states are affected by the mindless killings and destruction of lives and businesses.

He also called for compensation to those who lost their property and lives of loved ones. He said that this is the only way to ameliorate the sense of losses being experienced by victims of xenophobic violent activities of South African Citizens.

Prince Madumere said that such will also serve as a deterrent to other A.U member states , saying that it is indefensible why such repulsive stories should always be coming from South Africa.