Ekwe-Nche Seeks International Solidarity As US Court Of Appeals Hears Its Rights Violation Suit Against Buratai, Others 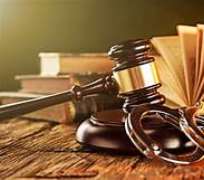 Chicago, Illinois, USA: 3rd Sept 2019: The Ekwe-Nche Research Institute/Organization in Chicago, Illinois, USA requests international solidarity as the US Court of Appeals is set to hear on 23rd Sept 2019 the civil claimant appeal suit brought against Lt Gen Tukur Yusuf Buratai and 15 other serving and former top security officials in Nigeria. The case concerns bullet-killing and torture of dozens of defenseless and unarmed jubilant-protesters, many in religious sanctuaries and their places of work. The slain and tortured citizens are of the old Eastern Nigeria, also referred as ‘Igbo-Biafrans’.

The killings perpetrated under the color of the Government of Nigeria took place between August 2015 and May 2016; which resulted in the death of not less than 270 and torturing and bullet-wounding of 300 others. From the carnage of Buhari’s slaughter, ten courageous victim-families volunteered to seek international reparative justice before the American Court through the Ekwe-Nche and its Nigerian partners; with the famous Washington, D.C. Law Firm of Fein & DelValle PLLC, handling the matter.

Other killings perpetrated by Nigerian security forces also occurred between 20th Jan and Sept 12th, 13th and 14th 2017. The totality of the mass killing, torture and wounding led to almost half a thousand deaths and injuring of over half a thousand. The massacre had taken place under no justifiable State excuses supported by local (i.e. Constitution) and international laws (i.e. ICCPR, ICESCR and African Rights Charter) as the areas affected by the killings are not involved in internal violent conflict or war zone. As at the time of the mass killings, the victims were unarmed and defenseless. They were specifically massacred or maimed on account of their ethnic identity (Igbo) and religious affinity (Judeo-Christianity).

The suit, brought under the Torture Victims Protection Act (TVPA) of 1992 (USA), was originally filed on 30th May 2017, Biafra Day and referenced as John Doe, et al (Plaintiffs) v Tukur Buratai, et al. The TPVA suit was dismissed via legal technicalities at the US District Court for the District of Columbia without being heard, the Ekwe-Nche and its lawyer, Bruce Fein, a former top American justice official, thereafter went on appeal to the United States Court of Appeals for the D.C. Circuit, via Case Number: USCA: 18-7170.

The appeal was brought or filed before the United States Court of Appeals for the District of Columbia and filed on 12th Dec 2018; referenced as: John Doe, et al (Appellants) v Tukur Buratai, et al (Appellees). Despite the Respondents (Buratai and ors) attempts to get the suit dismissed at the preliminary stage without hearing, the Distinguished Appeal Court Judges refused same, ordered the contrary and fixed 23rd Sept 2019 for hearing and oral arguments.

Apart from seeking for millions of dollars in compensation for the victims’ families, the suit and its expected verdict will also serve as a strong warning and deterrence to perpetrators of gross human rights abuses particularly the State actors in Nigeria and across the globe. The perpetrators will not only pay reparation for the atrocities committed, but will also be globally blacklisted and made to earn a pariah status. The expected judgment will further redefine the bilateral or multilateral agreements and relationships between the Nigerian Government and her international partners including being capable of earning it a pariah status before the comity of nations as well as serving as authoritative reference points for related civil and criminal suits in the near future.

It must be noted too that our Attorneys Bruce Fein and Bruce DelValle have in Feb 2019 lodged criminal complaints against the Government and Agents of Nigeria before the International criminal Court (ICC) at Hague. The criminal complaint was meticulously brought against Mr. Muhammadu Buhari, President of Nigeria and Lt Gen Tukur Buratai, Chief of Army Staff and others at the Office of the Chief Prosecutor of ICC in Netherlands. The criminal complaint was indented and titled: The Prosecutor v. Muhammadu Buhari, Tukur Buratai & Ors: For Genocide & Crimes Against Humanity in the Federal Republic of Nigeria Against the Igbo People & Biafrans.

The Ekwe-Nche Research Organization as a great organization, well organized, disciplined and focused is resiliently approaching the Nigerian decay with utmost civility and shall remain a strong voice calling for justice against the perpetration of genocide, ethnic cleansing and slaughtering of innocent and defenseless IGBO Biafrans in Nigeria.

We therefore seek for international solidarity and urge the lovers of justice and human rights including citizens of old Eastern Nigeria living in the United States to have a date with us particularly on 23rd Sept 2019 before the US Court of Appeals for the District of Columbia.

These international solidarity supports being sought can be done by ways of attendance of court session on the said date and subsequent ones (up to 150 attendants may be allowed). Other solidarity supports include following, sharing and publicizing our updates and campaigns concerning the court case and related others. Public spirited individuals or groups around the world wishing to support our untiring efforts are also encouraged and prayed to visit www.ekwenche.org,

Finally, the Ekwe-Nche Research Institute wishes to commend the efforts of the Nigerian Media particularly the Online News outfits and some members of the Nigerian Print, Visual and Audio-Visual Media for all their priceless assistance since the commencement of the matter way back in 2017.

The wide media coverage so given since then including the August 2017 special visit to Nigeria by Bruce Fein and Bruce DelValle is highly commendable and deeply appreciated. We seek for more cooperation and urge the media not to relent until justice is done and seen to be done to the victims, the society and the perpetrators.

Here attached is an audio-pictorial jingle; a clarion calls for our citizens’ consciousness and solidarity regarding the matter under reference: