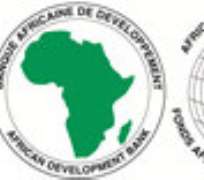 Ezulwini, Eswatini, 2 September 2019 – The Kingdom of Eswatini has embarked on a recovery plan to fight its way out of an economic slump, the country’s Finance Minister Neal Rijkenberg said on Monday.

Rijkenberg made the remarks during an official visit by African Development Bank Group President Akinwumi Adesina.

He said the new government, which took office after elections in November 2018, had adopted a strategic roadmap to guide the economic recovery.

The new administration has been dubbed “the Cabinet of CEOs” given its strong corporate background. About a third of the 18-member cabinet are former CEOs, including Rijkenberg.

The recovery plan has included tackling expenditure and the budget deficit. Rijkenberg said the economy was on track, “The private sector is the engine that drives the economy forward,” he said, adding that government support would ensure the necessary legislative framework.

Adesina said he was impressed with the progress that had accompanied the change in leadership.

“You can feel the impact of the work of the African Development Bank, and that is what I came to see,” he said.

Adesina was particularly pleased with the results of the Lower Usuthu irrigation project (LUSIP), which have allowed more than 20,000 smallholder farmers to upscale their mostly sugar cane crops into commercial farming. At its launch in 2003, the surrounding area consisted of a single street and a few houses. Since then, as a result of the agricultural boom, Siphofaneni has become a fully-fledged town.

LUSIP consists of two phases. The first phase involved investing in large-scale dams, reservoirs and canals to meet farmers’ demand for water in a cost-efficient way. Three dams were built to form a reservoir to store water diverted from wet season flood flows in the Great Usuthu River.

The Bank contributed financing of about $13.04 million to LUSIP, amounting to around 11% of the cost. Phase two of the project is still in development in which the Bank is the lead financier contributing $55 million. The Bank is also processing a grant of $2 million to prepare the Mkhondvo-Ngwavuma Water Augmentation Programme, which is expected to be a game changer in the southern region of Eswatini and across the borders in Mozambique and South Africa.