...Reports 45% drop in oil income  ...Says under-recovery reduced from N102bn in May to N30bn in June
By The Nigerian voice 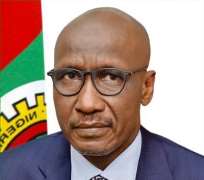 Nigeria can easily boost its oil production next year to at least 2.5 million barrels a day, according to the Group Mnaging Director of the Nigerian National Petroleum Corporation (NNPC).

Fixing damaged pipelines will allow the nation to return capacity that’s stranded across the Niger Delta, according to Mele Kyari, who took charge of Nigerian National Petroleum Company in July. The nation is currently producing about 2.3 million barrels daily, including about 350,000 barrels of condensate, he said last week in an interview.

“We can easily hit 2.5 million barrels a day in one year,” Kyari said in Abuja, the capital. “We can pull back the 300,000 barrels a day shut-in without doing anything significant,” he said, referring to stranded supply.

Nigeria’s output has been gradually rising since the middle of the decade when disruption caused by a campaign of militant attacks drew to an end. While theft and sabotage remain an issue, Kyari outlined a plan to raise oil production to 3 million barrels a day and boost reserves to 40 billion barrels within four years.

“Security is still a concern and we are addressing that,” Kyari said. Levels of theft have “gone down significantly but it is there,” he said, declining to give a figure for volume of crude lost to thieves. A government committee that works on the issue pegs the figure at about 120,000 barrels a day in the first half of this year, according to Godwin Obaseki, chairman of that group.

NNPC, which pumps about 80% of Nigeria’s crude in partnership with producers like Royal Dutch Shell Plc, Exxon Mobil Corp., Chevron Corp., Total SA and Eni SpA, has set a deadline of the first half of 2021 to clear all outstanding debts related to operating costs owed to its partners, Kyari said.

The nation has paid $3.8 billion of a $5.1 billion settlement to majors. That leaves about $1.3 billion yet to clear.

“As we are extinguishing the legacy costs, we are meeting our current obligation. That’s the plan and that’s why our partners are going back to exploration,” he said.

Nigeria is in talks with Total on the Preowei field that is next to the Egina project, and is hoping to secure a final investment decision on Preowei next year. A final decision on Shell’s Bonga Southwest could come by the end of this year. Those projects could add at least 200,000 barrels a day combined, according to Kyari.

Meanwhile, the corporation has disclosed that earnings from oil and gas production in June were down by 44.65 per cent, indicating a value reduction of about $226.38 million between May and June 2019.

The NNPC, in its June 2019 monthly financial and operations report stated that in May, the sales value of oil and gas production in Nigeria was $547.61 million. This, however dropped to $321.23 million in June.

According to it: “Crude oil export sales contributed $248.22 million (77.27 per cent) of the dollar transactions compared with $458.59 million contribution in the previous month.

“Also, the export gas sales amounted to $73.01 million in the month. The June 2018 to June 2019 crude oil and gas transactions indicated that crude oil and gas worth $5.98 billion was exported,” the corporation said.