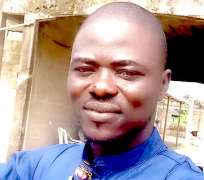 Past and present governments in Delta state, including the Dr Ifeanyi Okowa-led administration, have abandoned Bomadi community, which has resulted in an acute state of lack of government presence, the Secretary-General, Bomadi Federated Communities, Comrade Dennis Alade, has said.

Comrade Alade, said inspite of its enormous contributions to the state treasury and their voting strength among other tangible contributions, the community which produces oil and gas and the largest in the Ijaw nation has nothing to write home about when it comes to state government projects and appointments.

Speaking in an exclusive interview with The Nigerian Voice, the scribe in an emotion laden voice said: "I am bleeding inside me when it comes to the question of development in the community. All the past goverment to the present goverment even when we contributes in terms of voting strength among other things, when it comes to projects, appointments and others dividends of democracy, there is nothing to write home about, if you go round the community, there are alot of abandoned projects", he wept.

He also lamented the over seven years blackout that has rocked the community as a result acute power failure which has hindered the growth of the community and businesses.

"The Commissioner of Power and Energy came to pay us a visit as regards to the power project which he assured us that within two weeks there will be power supply. We are also using this medium to call on the governor to make sure that what the Commissioner said here today should be actualized".

According to him, the government should focus on the overall development of Bomadi community, especially the issue of power and the Polytechnic, "As a community and as a person, I really want the government to remember Bomadi Community as one of the oldest local government headquarters as far as Delta State is concern.

"I really want them to come to our aid in terms of rebuilding abandoned projects. Most importantly; the one that is really affecting us, is the abandoned Polytechnic. They should pay more attention to it and other abandoned projects".