MRA Inducts Customs into ‘Enhanced FOI Hall of Shame’, Accuses it of Confirming Reports of Pervasive Corruption in the Agency 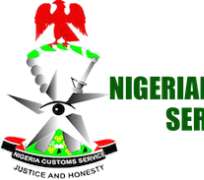 Lagos, Monday, September 2, 2019: Media Rights Agenda (MRA) today inducted the Nigeria Customs Service (NCS) into its enhanced Freedom of Information (FOI) Hall of Shame for its non-compliance with its FOI Act obligations, saying by its refusal to be transparent, it is unwittingly lending credence to widespread public perception of pervasive corruption in the agency.

It is the second public institution to be inducted into the revamped FOI Hall of Shame after the Nigerian National Petroleum Corporation (NNPC), which the organization named in August as probably the most opaque and unaccountable public institution in the country.

MRA said today that it had taken steps to file legal proceedings against the NNPC for its persistent non-compliance with the FOI Act and would be doing the same with the Nigeria Customs, as part of the organization’s efforts to put an end to their contemptuous disobedience of the Law.

In a statement issued today by Mr. Ayode Longe, Programme Director at MRA, the organization accused the Customs Service of ignoring all its obligations under the FOI Act by failing to proactively publish the range of information that it is required to disclose by the Law; refusing to designate an FOI Desk Officer; not providing the appropriate training for officials of the institution on the public’s right of access to information and for the effective implementation of the Act; and consistently neglecting to submit to the Attorney-General of the Federation its annual FOI implementation reports for the past eight years, all of which are mandatory requirements of the Law.

Mr. Longe said: “Such level of impunity should not be tolerated in any decent society and it amazes us that a Government that expects ordinary citizens to obey the Law allows an agency of the Government to get away with such blatant disregard for a Law validly made by the same Government in accordance with the Constitution, thereby presenting an imagine of a lawless society and a Government that condones such lawlessness.”

According to him, “An approach to governance in which Government officials and agencies disobey the Law, sets a bad example for ordinary citizens, robs the Government of legitimacy as well as the moral authority to enforce any Law against citizens. It is more disheartening when the Law in question is one aimed at fostering transparency and accountability in governance and the Government involved is one that claims to be championing a war against corruption, particularly in the public sector.”

Mr. Longe noted that for eight consecutive years, the Nigeria Customs refused to publish the categories of information that the FOI Act requires it and all other public institutions to proactively publish under Section 2(3) and (4) of the Act, adding that “in the circumstances, it is doubtful if the Customs Service keeps records of all its operations and businesses or bothers to maintain its records in a manner that will facilitate public access to such records and information, as required by the FOI Act.”

Mr. Longe said although Section 2(1) and (2) of FOI Act places an obligation on all public institutions to ensure that they record and keep information about all their activities, operations and businesses; that they organize and maintain all the information in their custody in a manner that facilitates public access to such information, that the NCS is obviously not doing this, which would appear to be part of its deliberate efforts to cover up unwholesome dealings going on in the institution.

He accused the institution of not providing the appropriate training for its officials on the public’s right to access to information or records held by it and for the effective implementation of the FOI Act, in accordance with Section 13 of the Act, as there is no evidence or indication that it has ever done so over the last years since the coming into force of the Act.

Mr. Longe lamented that “the level of contempt that the Nigeria Customs has for the FOI Act is further made evident by the fact that in all the eight years that the Act has been in operation, the institution has not submitted a single annual FOI implementation report to the Attorney General of the Federation, in breach of Section 29 of the Act.”

He said in the light of the institution’s failure to submit to the Attorney-General of the Federation its data on the number of FOI requests that it has received and granted or denied annually since the Act was passed into law, it is not possible to assess the level of responsiveness by the Customs Service to FOI requests from members of the public.

Noting that the previous induction of Nigeria Customs into the FOI Hall of Shame about two years ago had not resulted in any improvement in the implementation of the FOI Act by the institution, which has continued to carry on its business as usual in total disregard for the Act, Mr. Longe announced that MRA would be taking the legal route to compel the Service to comply with its obligations under the Act.