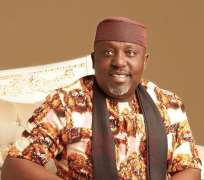 The eighth years administration of Chief Rochas Okorocha has been described as a huge mess, following the government's inability to pay 100% percent salary scale to Imo Civil Servants.

Former Deputy Governor of the State, Engr Ebere Udeagu made this disclosure weekend in a chat with newsmen in Owerri, the capital of Imo State.

According to him, Okorocha started his administration on deceit by declaring non existing free education in the state, adding that his dubious act was exposed when the masses released his deceitful anthics.

He maintained that his administration pollarized every sector in the state, which he said thrown the people into unwanted hardship.

Engr Udeagu further expressed annoyance that the good vision laid for the state was utterly destroyed by Okorocha's government, and prayed God to give the present PDP administration the wisdom to correct the ills.

The ersthwhile Deputy Governor therefore expressed optimism that Governor Ihedioha would do everything possible to relaunch the state to the part of good governance having gained versed experience as former Speaker, House of Representatives.

He further likened the government of Ihedioha to that of Chief Udenwa, which according to him was meant to raise the well-being of the people.

The elder statesman therefore called on the people of the state to give every necessary support to the present government of PDP, describing it as what would save the state from the huge mess.

Engr Udeagu while urging those challenging the emergence of Chief Ihedioha as Governor to drop the idea, if they believe in good governance and equity.

The Okigwe born former Deputy Governor expressed regret that the injury the immediate past government inflicted on the state would take long time to correct, while praying for the success of the present administration.