PSC suspends recruitment of 40,000 constables, insists it has constitutional right to pilot the exercise 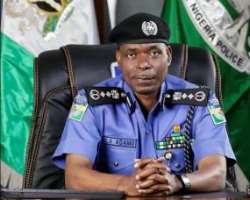 The Police Service Commission has a.nounced the suspension of the recruitment of police constables.

The comossion whoade the announcement in a statement by its sppkesman Ikechukwu Ani, “enjoined applicants for recruitment into the Constable Cadre of the Nigeria Police Force to exercise some patience as it finalizes the remaining stage of the recruitment exercise.”

The General of Police (I-G), Mohammed Adamu, had on Thursday in.Enugu announced that the Federal Government is to recruit 40,000 Community Police Constables across the federation as part of the measures to strengthen community policing in the country.

Adamu said this on Thursday in Enugu during the launch of the Police Campaign Against Cultism and Other Vices (POCACOV).

He said: “Each of the 774 council areas in the country will have a minimum of 50 constables to strengthen security at the local levels.

“It will also involve engaging community-based organisations, groups and institutions to see that it works for the betterment of all.''

The I-G, represented by the Assistant Inspector-General of Police, Zone 9, Mr Baba Tijini, said that the adoption of POCACOV as a national programme was in line with Federal Government's community policing agenda.

He said that the idea of community policing was to involve all stakeholders in the onerous task of crime reduction in Nigeria.

Im the state, made available to journalists on Friday, it advised all the candidates who participated in the recruitment exercise up to the aptitude test, to ignore any list or information on the exercise emanating from outside the Commission.

According to the statement, “It is the constitutional responsibility of the Commission to recruit Nigerians into the Police Force whether as Constables, Cadet Inspectors or Cadet ASPs and the Commission is not ready to abdicate this very important mandate.

‘The Commission will resist any attempt to ambush the on-going recruitment exercise or dilute its content. It notes that such attempt will be an affront on the Constitution and a waste of national resources.

‘Meanwhile the Commission wishes to put the on-going exercise on hold in order to finalize the remaining stage of the exercise. Candidates are to wait for further directives from the Commission”