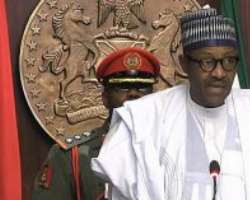 Nigeria has partially closed its western border with Benin to curb rice smuggling that is threatening the country’s attempt to boost local production, the government said on Wednesday.

The government wants Nigeria to be self-sufficient in rice and has imposed import controls but these have kept prices high and led to smuggling from Benin into Nigeria.

President Muhammadu Buhari has introduced policies since taking office in 2015 that are aimed at curbing imports to boost local production and conserve foreign exchange reserves.

He said rice smuggling across the western border threatened his policy of self-sufficiency.

“The country has saved huge sums of money which would otherwise have been expended on importing rice using our scarce foreign reserves,” Buhari was quoted as saying in a statement issued by his spokesman. “We cannot allow smuggling of the product at such alarming proportions to continue.”

The statement did not say when the border was partially closed.

Buhari also said there would be a meeting with Benin and Niger, Nigeria’s northern neighbors, to determine measures to check smuggling across the borders.

He said the border closure was limited to allow security forces stem the trend and that he would consider fully re-opening the border in the future.

The government has said Nigeria’s imports of rice and wheat together cost almost $4 billion a year but its 190 million people rely on imports for most of what they consume due to limited manufacturing capacity.

The country has considered developing agriculture for export to earn more hard currency and to increase revenues from outside its dominant oil industry.

Earlier this month, Buhari told the central bank to stop providing foreign exchange for food imports as part of his drive to bolster the country’s agriculture sector.