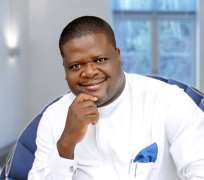 A thoroughbred graduate of Mass Communication from Auchi Polytechnic Auchi, Edo state, University of Lagos and practicing journalist with the Guardian Newspaper, Mr. Odita Sunday, has procured school materials worth millions of naira ranging from school bags, books, writing materials and others for indigent pupils and students of Anioma origin, especially orphans as they resume school in September.

The Back To School Project which is the third edition, is slated to hold on Saturday 31st August, 2019, at the Amed Hotel Onicha-Ugbo in Aniocha north local government area of Delta State.

Odita Udemeagwuna Sunday who is a Senior Crime Correspondent with the Guardian Newspaper, initiated this project three years ago as a way of giving back to the society.

So far, thousands of primary school pupils and secondary school students from various communities in Anioma had benefitted from this project.

This year's edition is mainly targeted at orphans who may not have any hope of resuming school.

Odita who is also the National President of Crime Reporters Association of Nigeria (CRAN), has it as a philosophy that "Don't Give To Get, Give To Inspire".

Odita was a former President of the Association of Mass Communication Students (AMCOS), Auchi Polytechnic with enduring legacy on ground. As a resourceful and highly ingenious reporter, he has not only always done his job diligently but has been fighting for the welfare of his colleagues and anything that brings justice to bear.

The illustrious son of Onicha-Ugbo who equally is a Member of the Nigerian Institute of Public Relations, NIPR, has won several awards to his credit both locally and internationally, including the Best Investigative Reporter.