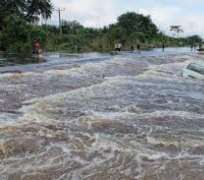 As part of efforts to mitigate the effects of the impending 2019 flooding of Coastal Communities, the Delta State Government has constituted a 13- Man high powered Committee.

The Committee which was set up in response to the 2019 flood alert issued by the Nigerian Meteorological Agency (NIMET), and the National Emergency Management Agency (NEMA), has the Secretary to the State Government (SSG), Mr Chiedu Ebie as the Chairman, is saddled with the responsibility of drawing up implementation plans for a well coordinated response to the anticipated flooding.

According to a statement signed by the SSG, Mr Ebie, the committee is expected to collaborate with other stakeholders with a view to taking proactive steps that will mitigate the effects of the flood.