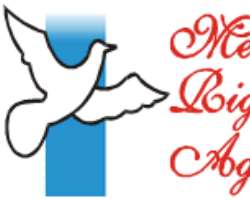 Forty-eight international and Nigerian human rights and press freedom organisations have filed an urgent appeal to the United Nations and African Union Special Mechanisms calling for their intervention in the arbitrary arrest and detention of Nigerian journalist and human rights defender Mr Omoyele Sowore.

Mr Sowore is a prominent journalist, human rights activist and pro-democracy campaigner. He is the founder of Sahara Reporters, an online news agency based in New York City that focuses on corruption, human rights abuses and other political misconduct in Nigeria. He was arrested on 3 August 2019, following his call for a peaceful protest using the hashtag #RevolutionNow. The objective of the protest was to demand that the Nigerian government end corruption and economic inequality and guarantee education to all.

Following his arrest, Mr Sowore was initially denied access to his lawyers and he is yet to be arraigned before a competent court. No charges have been filed, but the Federal Court has granted a request from the Nigerian State Security Service to detain Mr Sowore for 45 days to conduct investigations under the 2013 Terrorism Act. Efforts by Mr Sowore’s legal team in Nigeria, led by Mr Femi Falana (SAN), to petition his release have been unsuccessful thus far.

· intervene urgently to secure the immediate release of Mr Sowore; and

· declare his arrest and continuing detention a gross violation of his human rights.

“The arrest and detention of Sahara Reporter's founder, Omoyele Sowore, is without doubt a threat to press freedom and investigative journalism in Nigeria,” said La Keisha Landrum Pierre, COO of Sahara Reporters. “Sowore has used the word ‘revolution’ contextually to mean ‘change for the better’ since he founded Sahara Reporters in 2006. He then stated that he would “revolutionise” the way news is being reported: something he actually did by leading the pioneering efforts in citizen journalism in Nigeria. We are shocked that a government that rode to power on the promise to wipe out corruption and be the ‘voice of the voiceless’ is trying to silence the call for change by the same people who elected it.”

Joy Hyvarinen, head of advocacy at Index on Censorship said: "Index on Censorship urges the Nigerian authorities to release the prominent journalist and campaigner Omoyele Sowore immediately. The arrest and detention are a shocking violation of Mr Sowore's human rights, which calls into question Nigeria's willingness and ability to meet international human rights obligations."