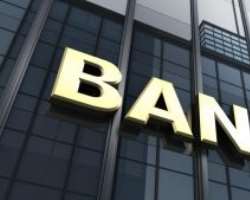 The Attorney-General of the Federation and Minister of Justice, Mr Abubakar Malami (SAN) has said the the Federal Government would beam its anti-corruption light on the banking sector.

According to him, the government hopes to achieve this by collaborating with the Economic and Financial Crimes Commission and the Independent Corrupt Practices (ICPC) to check banks aiding corrupt practices.

He said that any bank found to be involved in corrupt practices will be sanctioned.

This was the fulcrum of the speech by the minister, who was setting the tone for his second term as minister in the Justice Ministry.

Malami spoke on his first day in office Thursday after his reappointment Wednesday.

He said that there are abundant evidence to show that the financial institutions are directly involved in cases of corruption being investigated by both EFCC and ICPC.

According to him, both EFCC and ICPC will be watching the banks closely for all the corrupt cases that they are involved in.

He also warned that the federal government will punish all former and present government officials were responsible for the award of $9bn by a British court against Nigeria last August 19, 2019.

Malami who described the award as very sad said government will take urgent steps to ensure that the judgment is not enforced.