Re: National Open University Of Nigeria:noun To Award Degrees In Arabic, And Three Nigerian Languages 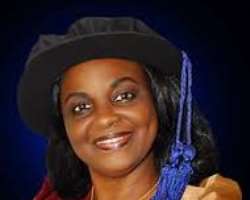 Recently, the "Senate and Management of the National Open University of Nigeria have approved degree programmes in Arabic and three major Nigerian languages as part of efforts to impact national integration in Nigeria with news on 1st Aug 2019... Dean, Faculty of Arts, Prof. Doris Obieje, said this at the faculty’s maiden public lecture delivered by Prof. Oladele Balogun."

She noted that at the public lecture entitled: “Religion, Language, Culture and National Integration: Through the Lens of a Philosopher, evoked the decision of NOUN management to award degrees in the three languages."

And “It is my hope that the lecture will also enhance further our understanding of the values of philosophy, language, religion and other cultural elements in the realisation of unity and progress in our nation.”

Prof. Balogun, while delivering his lecture, noted that, "religion, language and culture could be used to foster national integration in post-colonial Africa." He said, "there was need for peaceful national integration in a country such as Nigeria, where language, religious and cultural differences seemed to place a divide in its collective responsibility of building a united country."

Vice Chancellor of NOUN, Prof. Abdalla Adamu, had earlier said, that language barrier was the greatest challenge the country had ever faced since independence. He, therefore, announced that N1m would be given to any faculty that organises inaugural lecture aimed at promoting national integration."

I have taught as a Facilitator at the National Open University since 2005. We are all stakeholders.

The questions however are:
1. Why hold on to the spread of ARABIC AND ISLAMISATION OF NIGERIA in the National Open University at 36 States Branches in Nigeria?

(Note the IDP CAMPS are already too many in Northern Nigeria, where Islam is in full spread.)

2. Of what peaceful and national integration is Arabic language in a country such as Nigeria?

3. Why push such money into inaugural lectures on Arabic; what is it aimed at a this time of insecurity?

4. Why bring in so many Islamic scholars to the country to teach this subsequently, why?

5. Where are other Christian languages such as Hebrew, Greek and Latin?

6. What is the need to bring in Arabic scholars massively to Nigeria as teachers in the 21st century?

8. How will they claim that introduction of Philosophy and Arabic will help achieve a united country characterised by social order, harmony, and equality in Nigeria?

Are we Arabians?
9. How could they claim that language barrier which was the greatest challenge the country had ever faced since Independence will be cured by the introduction of Arabic language, would it not rather compound it?

10. If language, religious and cultural differences seemed to place a divide in its collective responsibility of building a united country, what has Arabic language degree have to do with this?

To complete the script of RUGA with education?
Rather, the Degrees should be "in three languages and not four languages".

Fair enough, it is important to note that list of Accredited courses and Programmes in 2019 at the National Open University of Nigeria(NOUN) already include:

Course code: ARA181
Course Title: Basic Arabic
Host Faculty: Arts
Level - 100 Active - Yes
Status -Core Semester - 1
We have discussed the matter of corrections to NUC Arabic language as a pre-requisite to Courses in Nigerian Universities at the G.S Department. Why introduce Arabic again In addition to the B.A Islamic Studies (2208)?

As atrocious as this may be, one would be surprised that some people would still come up and begin to explain and defend how English alone cannot be our only official language and how Yoruba, Hausa, Igbo would not suffice. It is a sorry case for Nigeria if they subtly re-enact what happened in Lebanon and Turkey in Nigeria.

The most painful part of this whole thing is that people who are supposed to speak out will just take a glance and move ahead since it does not affect them at the moment but the generation unborn. Are we in a Republic of Arabs or Islam? Not even French nor Chinese towards economic development and industrialisation.

In conclusion, managers of Nigerian education system should be reminded seeds grow, and one day, when all the perpetrators of these are gone, the seeds would have grown to catch up with their children, grand children, and generations unborn in the nation Nigeria.