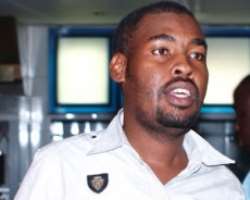 Following the on-going rift between some stakeholders in Nollywood condemning the actions and lackadaisical attitudes of some Ghanaians towards their job, one of the top Ghanaian movie makers, Alhaji Abdul Sallam Mumuni, C.E.O of Venus Films Production, has said that he has come out to lambast Nigeria actors and actresses that the actors in Ghana are better off.

Speaking to peacefmonline during the premiere of his new movie “4Play” at the Silverbird Cinema on Friday June 4, 2010, he said he doesn't see the need to import actors and actresses from Nigeria, when there are brilliant and perhaps better actors and actresses in Ghana who can interpret his stories well for Ghanaian movie lovers in every part of the globe. “I was the first producer in Ghana to bring Nigerian actors and actresses to Ghana to act in my movies, and I realized that I was just promoting Nigerians. I said to myself why I don't I promote my own people? So that is why I decided to go without Nigerian faces. I realized that what Nigerians can do, we can also do the same and even better; look at where we are now, we are on top,” Alhaji stressed.

The veteran movie producer, Sallam also added that he has not regretted taking that bold decision because since then, he has discovered great Ghanaian talents who are now doing great, both in Ghana and Nigeria. “That is how come you see all these Ghanaian actors from Venus Films like: Majid Michel, Van Vicker, John Dumelo, Eddie Nettey and beautiful actresses like Jackie Appiah, Nadia Buari, Yvonne Nelson, Yvonne Okoro and the late Suzzy Williams etc. They were all discovered by Venus Films”, he said.

Asked if he will go back and use Nigerian faces again since he has achieved his aim, Abdul Sallam answered negatively. “No! Not at all, I am not going to use Nigerians in my movies anymore, since our industry is now growing there is no point using them, they can't stand using their actors alone that's why they have been using a lot of Ghanaian actors to compliment their movie. Even the Nigeria viewers now prefer seeing more Ghanaian faces rather than those of the Nigerians themselves. So why do I have to use them? He asked. He also told peacefmonline that his movies are in hot demand in Nigeria, other African countries, in Europe and America showing Ghanaian faces. He concluded by saying “Well, I'm so excited and very happy because, you know when I started using only Ghanaian faces people said I was wasting my time; and today, the people who said that, are the same people using them now. So it means I have achieved what I wanted. I am so happy to see stars from Ghana making it on the international scene, and people are paying them very well now.” Abdul Sallam is known for bringing to Ghana for the first time Nollywood stars like: Ramzey Noah, Zack Orji, Ikiru Silvanus, among others.

He has produced over 40 Ghanaian movies and still counting. Including: “Divine Love”, “Three Beautiful Apples”,“Agony of Christ”, “God Love Prostitutes”, “Beyonce”, “Mummy's Daughter”, “Princess Tyra”, “Who Loves Me” and “Chelsea”.
He has just released “4Play” and on set currently shooting two movies “Temptations” and “The Beast”, also to be premiered and released subsequently.