Herdsmen Terrorism: Different Strokes For The Man Of God And The Daughter Of A Politician 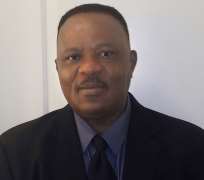 The Herdsmen terrorism in Nigeria has lasted because the victims are typically the ordinary people. Consider, for instance, two recent killings, in which the victims happened to be an ordinary man of God and a daughter of a prominent politician.

Take note of this name: Funke Olakunrin. She was the daughter of the Afenifere leader, Pa Reuben Fasoranti. Though murdered in cold blood by bandits on July 12, 2019, the unfortunate incident might turn out a sacrificial lamb in the fight against herdsmen terrorism in the country. Before Mrs. Olakunrin, many Nigerians had lost their lives at the hands of Fulani herdsmen in recent years. The number is in thousands, and across the country, particularly the minority areas of the Middle Belt. Different pressures, both local and international, to provoke the Federal Government towards meaningful action fell on deaf ears.

But all that changed with case of the daughter of the politician from the highly influential Southwest Nigeria, home to the country’s human rights superstars. This death shook the political class, reminding them it could be any of them any day. A cream of who is who in Nigerian politics quickly found their way to the victim’s Akure home. Former President Goodluck Jonathan was on hand, praying for an end to the killings. The dean of former presidents, Olusegun Obasanjo, wrote a damning letter, urging President Muhammadu Buhari to do something.

The major socio-cultural groups in the country, notably, Afenifere, Ohanaeze Ndigbo, the Pan-Niger Delta Forum, the Southern and Middle Belt Leaders Forum, Coalition of Northern Groups, and Northern Elders Forum were not left behind. Strong warnings also came from the sole Nigerian Nobel laureate and eminent activist, Wole Soyinka, and the preeminent king in the region, the Ooni of Ife, Oba Adeyeye Enitan Ogunwusi, Ojaja II.

The Federal Government finally woke up. President Buhari, who had always shown indifference to past killings, swiftly condemned the terrorist act and promised to fish out the culprits. He followed by dispatching his deputy, Vice-President Yemi Osinbajo, to pay a condolence visit to Pa Fasoranti. Akure, the home of the deceased, suddenly became a political Mecca for the ruling party henchmen, including its National Leader, Bola Tinubu, and host of others. Importantly, Buhari would meet with the traditional rulers from the Southwest Nigeria and promised to launch drones and CCTVs in Pa Fasoranti’s region.

Now, place the account above side by side with the case of the man of God, the Catholic Reverend Father Paul Offu, who was murdered in my area of Enugu State by suspected Fulani herdsmen August 1, 2019. This gruesome act made news, quite alright, especially among the Catholic faithful. The priests of Catholic Diocese of Enugu matched to protest for their colleague. Rome was furious, as did many Christian organizations around the world. President Buhari also joined and ordered a manhunt for the killers.

But that was as far as the attention could go. There was no motorcade of the rich and famous thronging to the home of the poor man of God. Besides a statement from the governor of Enugu State, and unlike the scene during the last elections where the two major parties rented tents at the Adoration Ground Enugu, seeking Father Ejike Mbaka’s endorsement, neither former leaders, current, nor future leaders could show serious concern. The two federal lawmakers from the area, namely Senator Ike Ekeremadu and Hon. Toby Okechukwu rather chose to travel to faraway Germany to celebrate fake new yam festival while their region was under siege.

Vice-President Osinbajo, who doubles as man of God, could not even commiserate, let alone pay a visit to Father Offu’s village. And, of course, there was no meeting between South-East leaders and President Buhari nor concrete national action plan to combat terrorism in the Eastern flank. This seemingly double standard prompted the apex Igbo socio-cultural group, Ohaneze Ndigbo, to demand equal justice in line with the security measures initiated in the Southwest Nigeria.

Yet, the attention garnered thus far by the killing of Father Paul Offu would not have materialized, if the incident was not preceded by that of the daughter of Chief Reuben Fasoranti. After all, many other men of God had been victims, particularly in Northern Nigeria. Moreover, two Catholic priests had lost their lives at the hands of the terrorists in the same Enugu State in recent months without much fuss. In fact, unlike in the past, the security agencies in Enugu State, along with Governor Ifeanyi Ugwuanyi, demonstrated seriousness. Within three weeks after the killing, the Police Commissioner, Enugu Command, Mr. Suleiman Balarabe paraded Ibrahim Adamu and Idris Tobe as suspects, contrary to the subservient insinuations of Bola Tinubu that herdsmen terrorism in the South is a hoax.

The current fight against insecurity in Nigeria must not be selective. President Buhari should, therefore, hasten to equally launch tangible anti-terrorist measures in the East, as well as other hot areas, particularly the Middle Belt, which has been the epicenter of herdsmen killings in the country. The government must depart from the prevailing pattern where patronage is based purely on political calculations. For good governance in the entire country is vitally important to all. As an American president, John F. Kennedy once noted, “If a free society cannot help the many who are poor, it cannot save the few who are rich.”