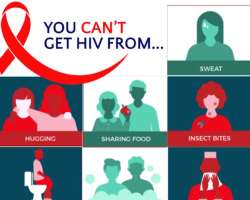 The HIV/AIDS (anti-discrimination) Act was enacted in Nigeria in the year 2014, but has since remained dormant due to non-implementation. Unfortunately, besides the psychological trauma and pains persons living with HIV go through in the country, they also face various forms of discrimination and inhumane treatment by fellow citizens.

The HIV/AIDS (anti-discrimination) Act, 2014, was enacted to discourage discrimination against persons living with HIV/AIDS, particularly at workplaces.

Acquired Immunodeficiency Syndrome (AIDS) is a chronic, potentially life-threatening condition caused by the Human Immunodeficiency Virus (HIV). By damaging immune system, HIV interferes with body’s ability to fight organisms that cause diseases. On this basis, many people consider it a death sentence. Many people have lost their jobs because of their HIV status, while many marriages have crashed on grounds of same.

The worst part is that most persons who are HIV positive conceal their status while majority of persons are avoiding HIV test mainly because of social stigma and discrimination.

Some pregnant women who are HIV positive avoid going for antenatal care so as not to be tested, thereby subjecting their lives and the lives of their unborn babies to serious danger. In fact, this discrimination poses a threat to peaceful coexistence among members of the society, making compliance with the HIV/AIDS (anti-discrimination) Act, 2014, very difficult.

It is absurd that the law that was enacted to stop this discrimination has been dormant like it doesn’t even exist. For instance, section 21 (1) of the HIV/AIDS (anti-discrimination) Act, 2014, stipulates that an employer employing five or more persons shall in consultation with the employees or their representatives adopt a written workplace policy that is consistent with the National HIV/AIDS workplace policy for the working environment.

Meanwhile, by virtue of section 150 (1) of the Constitution of the Federal Republic of Nigeria 1999 (as amended), the Attorney-General of the Federation who is also the Minister for Justice, is the Chief Law Officer in Nigeria, and therefore responsible for and oversees all legal affairs of the nation.

Now, one is wondering whether the office of Attorney-General of the Federation is aware of this Act and why it has not performed its duty in ensuring the implementation of the law and compliance by employers of labour in Nigeria. Why is it always compulsory that our government officials and even the ministries and agencies must be pushed to perform their statutory roles? This is just worrisome, alas!

It is indeed worrisome that an Act which was enacted five years ago is yet to be implemented and complied with. I am aware that Lawyers Alert Nigeria, a non-profit human rights organization has approached court to compel the Attorney-General of the Federation to carry out its functions as provided in the HIV/AIDS (anti-discrimination) Act, 2014.

Lawyers Alert under its free legal assistance project for vulnerable groups is prosecuting several cases where persons living with HIV were discriminated against and either denied employment even when qualified and able, or sacked on account of their HIV status. Of course, dismissal of an employee over HIV status is a gross violation of his or her human right to work.

Recently, Lawyers Alert got judgment in its favour in a matter where an employee was dismissed by his employer on the account of his HIV status. The matter was instituted at the National Industrial Court, Abuja division. The court held that dismissing employees on the basis of HIV status is discriminatory and unlawful.

Justice Agbakoba of the Abuja Industrial Court found that the HIV/AIDS (Anti-Discrimination) Act, 2014, is equally applicable in the private sector and prohibits discrimination against existing and prospective employees.

Following an increase in cases of discrimination against Persons Living with HIV in workplaces in Nigeria, Lawyers Alert in its determination to provide access to justice for persons living with HIV and to ensure compliance with the HIV/AIDS (Anti-Discrimination) Act, 2014, served a Freedom of Information request on the Minister for Labour and Employment, on November 2, 2018, requesting the document containing a list of workplaces/ministries that have complied with the provisions of section 21 (1) of the HIV/AIDS anti-discrimination Act, 2014, which requires employers of labour to adopt a written workplace policy and lodge same with the minister.

Unfortunately, despite series of follow-ups on the FOI by Lawyers Alert for over three (3) months, there was no document at all containing such information, with the Minister of Labour and Employment.

While awaiting the outcome of Lawyers Alert’s suit against the Attorney-General of the Federation which is in Court 3 of the National Industrial Court – suit already mentioned and adjourned to 29th of October 2019 for Lawyers Alert to address the court on the issue of locus standi (on whether Lawyers Alert has any interest above that of the society for it to approach the court on the issue), let me just conclude here by noting that if the Attorney-General of the Federation carries the duties as enshrined in the law and ensures compliance with HIV workplace policy by employers of labour, stigma and discrimination against persons living with HIV in Nigeria would cease and rights to work and access to justice would be enhanced for persons living with HIV in Nigeria.