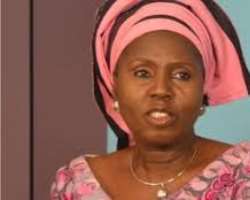 A Non-Governmental Organization (NGO), in collaboration with OXFAM have trained about 200 men including women on Community Need Assessment by the Keketkache Women Development and Resource Centre between 2016 and 2018 in Delta state.

The Executive Director of the organization, Ms. Emem Okon, disclosed this during a media interactive session with Keketkache Budget Advocacy Group in Asaba.

Okon said that the 200 men and women were also trained on Taxation and participatory budgeting as well as gender responsive budgeting.

She said that the essence of the training was to promote citizens participation in budgeting processes as well as engage government Ministries, Departments and Agencies (MDAs) to address issues of people's welfare, poverty, inequality and development.

''The project also encourages citizens, particularly women at local government level to speak up on issues of multiple taxation,'' she said.

Okon also said that her organization was collaborating with Tax Justice Platform in each of the project states to mobilize community members to campaign for fair taxation.

''This way the government will be able to budget for health, education, poverty reduction projects as well as other specific needs of the various and diverse communities under its jurisdiction.

''This is to ensure that the concerns, interest and needs of men, women, youth, persons with disabilities, farmers and artisans are included in the budget,'' she said.

Okon also said that apart from training, her organisation's main focus on financing for development projects was to increase citizens voice.

According to her, the first three years of the project was focused on conducting the Gender Context Analysis of Budgetary and Fiscal Policy, mapping of community groups in influencing policies and practices by speaking up and holding government accountable.

''We have now entered the phase of taking action and influencing. Budget advocacy groups were formed during the training, these groups are now monitoring the implementation of government budget", she said.

Okon further said that through the support from OXFAM, some government MDAs were informed about the project and the training programmes.

''Some MDAs did not only participate, but also nominated participants for the training", she said.

Meanwhile, some of the participants said over time budget has been onesided where government would just put on paper projects to execute in communities without carrying people along but today all that is changing because of advocacies by NGOs.

They said they also observed some lopholes in multiple taxation. People collect taxes and remit very little to govt. We want govt to have a holistic view on these anomalies and address them with a view to moving d state forward.