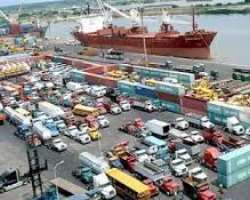 One of the startling revelations at the public hearing was the fact that Nigeria still uses the 1903 unreliable nautical charts which have discouraged vessels from plying most Eastern ports. For instance, the original survey data used to produce the two charts for entering Calabar port were acquired by the British colonial government in 1903 and 1974, while that of Port Harcourt/Onne and Warri were acquired in 1910 and 1984 respectively. Mariners place so much confidence on nautical charts and once there is doubt as to the accuracy of a chart, they would not ply such waterway. It was also revealed that ports in the Eastern corridor have shallow channels and as such cannot accommodate bigger vessels except those that have flat bottoms. For instance, while Lagos port has a depth berth of between 9 to 13.5 meters, those of the Eastern corridor have the following depth: Onne (8 to 11 meters), Port Harcourt (7.1 to 9.1 meters), Warri (6.4 to 7.6 meters) and Calabar (5.4 to 6.4 meters). It’s interesting to note that ports in neighboring countries like Ghana and Republic of Benin have depth of 19 and 15 meters respectively. The security challenge of vessels going to Eastern ports, it was disclosed, has become so worrisome that any ship on the route must carry what is termed “war insurance” with additional security. Consequently, shipment from China to Lagos which cost $1,500 will cost between $4,000 to $5,000 to Calabar seaport. The security agencies who appeared at the public hearing were unanimous in calling on Federal government to partner with other countries in the Gulf of Guinea Commisson as well as relevant security agencies of the United Nations to checkmate activities of sea pirates in the Gulf of Guinea.

In his submission, Hon. Ifeanyichukwu Ibezi, a member of the Ad hoc committee noted that the Apapa gridlock is a national disgrace, and that stakeholders should be more concerned with proffering solutions than listing the problems, as these problems have been known for years. He maintained that finding solutions is the main reason for the institutiom of the committee. Ibezi bemoaned the fact that the Nigerian Navy is still using the British hydrographic Chart of 1903. He also challenged the stakeholders to be more proactive in proffering solutions to the problem, as “we must get it right this time by ensuring that the Eastern ports are put to maximal use”.

The chairman of the Committee, Hon. Baba Yusuf Yakub assured Nigerians that the Committee is committed to ensuring the decongestion of the Lagos ports and the full utilisation of the Eastern ports. The ad-hoc committee will also hold public hearings with stakeholders in Port Harcourt, Onitsha, and Lagos in a bid to ensuring a holistic approach towards solving the problem. The committee also plans to visit all the ports concerned.

The committee is to seek ways of restoring the full use of Warri, Port Harcourt, Onne, Calabar and Onitsha Inland ports in order to decongest Apapa and Tin Can Island ports. The ad-hoc committee is expected to report back within six weeks with its findings for further legislative action.