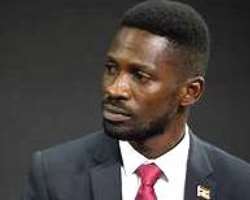 People with middling to average intelligence are often overwhelmed by the complexity in the Uganda politics and the constant streams of information. These types are not intellectually capable of understanding social trends and national events- they go with the flow. This confusion naturally creates great anxiety for them. Living in fear, they grasp simple dichotomies as a security blanket. This sort of person will, for example, take it on faith that Bobi is a capable leader and will become president, but will avoid actually thinking about how he will become president in an election that will be organised by his opponent( as we have seen before since 1996).

Disorganised and vague political movements provide the security and simplicity less intelligent people crave(and in this context I would certainly label, say, the People Power(PP) movement vague, directionless and pulls most of its membership out of peer group pressure). The recently announced PP coordinators particularly provide the illusion of a structure in a fractured opposition, and offer ready-made simplistic answers to any complex issue that may arise before or after the 2021 elections . In reality, the people in that structure will have less impact on the elections- some have already fallen out with Bobi, some will be bribed, e.t.c.

Anybody can be president of Uganda, and I'm not really against anybody standing for presidency. People with greater intelligence tend to be more open to novelty and change, more confident in their ability to deal with change, and more curious about the world. However, I find the simplistic PP dogma unsatisfying and a poor fit with objective reality. The idea that Bobi wants to stand for presidency isn't appealing because he doesn't seem to have a unique strategic plan- he isnt doing anything that hasn't been tried before by Dr.Kiiza Besigye and others, against Mr.Museveni. He comes across as someone who wants to just see his name on the ballot paper. It's anybody's guess how he intends to galvanize the opposition, if, as expected, Museveni remains the president.

Personally, I'm even skeptical of the possibility of Bobi becoming president even in a Uganda without Museveni , based on my 10 years of studying the way Museveni has set up Uganda. Right now, I would prefer a transitional government headed by Besigye, or someone NRM( but appealing to the public). Such a gov't of all parties and interest groups could be a useful ideal which could work if productively blended with strong rule of law, separation of powers, justice, political parties -state separation, and frequent or regularly-scheduled change of representatives to make a dynamically stable and reasonably fair civilization. The current People gov't represents such an idea, and It would have been given a boost if Bobi had joined it , in the first place, instead of wasting time and resources on an election he is going to lose.

To his credit, Bobi has a lot of influence on social media, and that's why, I suspect, the Uganda Communication Commission wants to register social media bloggers- they are doing everything possible to help Museveni look good to the outside world. Really, in our current society, anything remotely containing the whiff of criticism against Museveni, it could potentially land you in trouble under Section "Bastard"- that doesn't allow anybody to annoy the president. That's the thoughtcrime of our times, and that's the toxic environment Bobi wants to campaign for presidency from.

That said, I wish him good luck. May be he has a Trojan horse somewhere we haven't seen before, and we will probably be singing " tujambade engule " together after 2021, who knows?