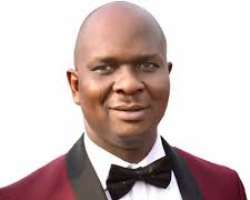 To end the increasing spate of crime, the chairman of Isoko north local government area, Mr. Emmanuel Egbabor, has restated his administration's commitment to partner with the Nigerian Bar Association (NBA), professional bodies to tackle security challenges in the area.

The Council boss gave the assurance when he played host to the leadership of the Nigerian Bar Association Oleh Branch at Ozoro, the administrative headquarter of the council.

Mr. Egbabor who was addressing NBA executive members in the presence of the Head of Personnel Management of the Council, Comrade Opone Friday Amudo and the Treasurer the Council, Chief Idolor Kennedy underscored the need to collaborate with professional bodies such as the NBA, security architecture and relevant stakeholders in view of the existence of the Delta State Polytechnic and other high institutions, which has geometrically increased incident of crime and other social vices in the area.

He stated that peace and security was a collective responsibility and that all hands must be on deck to tackle the hydra-headed monster, as no person or groups can practice their profession peacefully in a state of lawlessness.

The chairman advised members of NBA to exercise restrain in applying for bail to suspects accused of heinous crimes such as kidnapping, armed robbery and murder, stressing that their premature release would serve as a carthalist to more crime.

Earlier, the leader of the NBA delegation, Barrister Felix Obasohan said that the Chairman and executive members of the branch sent them to thank the Chairman of the Council for his invaluable contributions to the branch in the area of approving fund to sponsor young lawyers to the forthcoming conference billed to hold in Lagos and the Bar Centre under construction.

Barrister Obasohan pledged the Bar's readiness to synergize with the Council in tackling security challenges in the area, adding that they were available to offer legal services through the Human Right Committee of the Branch.