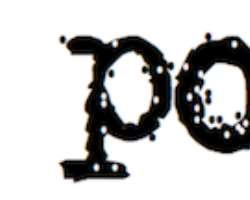 She saved his name
In the dearest part of the
Places in her phone-book
As him
As the wall-paper
As the ringing tone
As the welcome message
As the shut-down message
As the reboot message
As the password
As the screen lock
As the screen saver
Because it was him.
She saved his name
In the tender-most spot of the
Tissues in her juvenile heart
As the billow of her night
As The pillar of her tired body
As the undergird for her weak shoulders
As The king of her threatened soul
As The man of her womanhood
As the human part missing in her nature
Because it was him.
She led herself wallow in the
Most turmoil of the whirlpool
in his social-sphere that came to her
Young academic world
For money
For sanity
For sanitation
For security
For preparedness
For social emergence
For the future calamity
And for self-completion
Because it was him
And he was available.
Married, settled and most available,
Available to all; the young, the adult and the aged

Available to the widows, the married and the divorced

Available to the immaculate, the citizens of red-street world

The Harem keepers, red-tent keepers and the pimp’s protégée,

Available to the Arabs, Negroes, Asians, the black Jews, Chinese and the Albinos,

Available to the whites, Ab-origins, the lame, the bearded and boob-less women,

Available to the epileptic, the ghosts, the dead, and for the burial rituals of the Luo,

Available he was in extra version as a Libertino.
By Alexander Opicho writes from, Lodwar, Kenya) [email protected]